A town celebrates: Guichón and his first title in the University Athletic League – Celebration – 06/21/2022 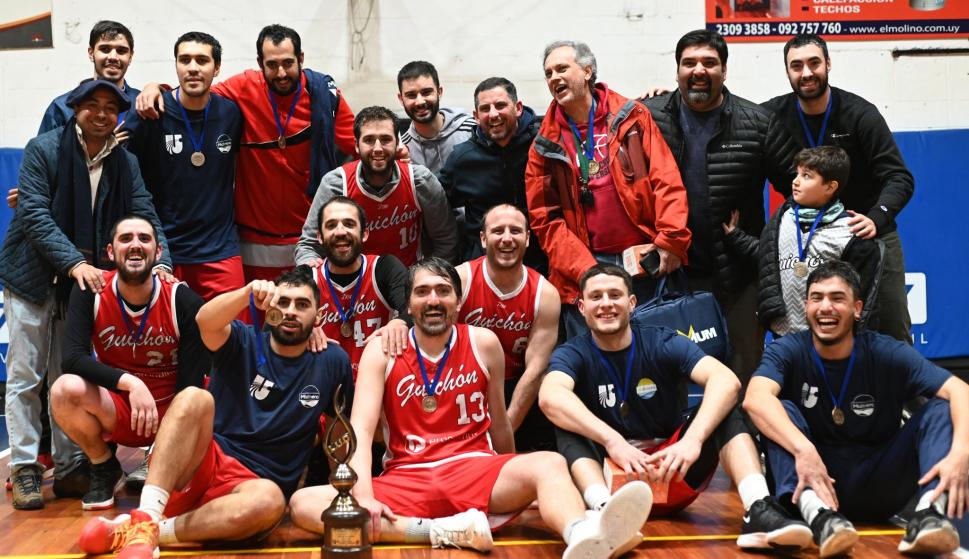 On March 5, 2008, a group of friends and students was founded Guichon . Universitya club that did not compete during the same year due to lack of funds, but that actually started in 2009 in basketball University sports league.

Today, 14 years and three months later, the team celebrates winning its first title after winning the Honor Championship After winning the final Aston Numbers 73 to 63 Thursday night in the Club Sportivo Capitol lounge.

The club started with players from the city but over the years other players from different cities were added as many of them were unable to continue. We also add football in some seasons, but today we are only with basketball.” graciousness Sergio Gustathe head of the foundation who has been in this position since the foundation of Guichon.

The city has a population of about 6000 and this made the team begin to feed the “foreign” chips: “There was not a lot of substitution and now there are a few players born in Guichón, but we have from different cities in Paysandú and also from departments like Rivera, Artigas, Salto, Rio Negro, Soriano and some from Montevideo, the president explained.

“The idea of ​​creating the team was to compete in the university league but also so that the students of the city could interact here in the capital and not miss the city too much,” said Sergio Gusta, adding that “in addition to this, it costs banking financially and that is why we have been competing without interruption since The year 2009 in the Basketball League championship is an achievement for us.”

Guichón has had a great campaign in the Honors College Basketball Tournament which this season brought together the 16 best teams of the season from Divisions A and B.

Under the technical guidance of Nicholas CapuchoThe Reds won the round of 16 Nauticalthen disposed of in quarters Elbio FernandezIn the semi-finals they left on the way to Sporting Defender In the final they were defeated Aston.

“For us, this title is a bit like being world champions (laughs) because we play against the most important clubs and schools in Montevideo that have much more support than us, and we have to do everything, find a stadium and meet the costs of the competition. That is why That what we have achieved is impressive. With what it costs us to stay on our feet, after being champions Honor Championship “It’s the best,” said the club president.

More than 14 years ago Guichon He has been through many situations, both good and not so good. I remembered that Sergio Gusta Tale: “Sometimes it is so difficult for us to put the team together that one day we came to Unión Atlética to play a match and we couldn’t introduce ourselves because we were only four”.

Today the club has a bigger team in addition to work Nicholas Capucho As a coach after being a player in the organization, Guichón also has many collaborators who support her on a daily basis, such as the delegate Juan Andrés Oliveira and his captain Maurizio Monetti In addition to other strongholds that keep a flame Basketball.

The club is already on its way to 15 years of age and at the same time has a very good presence in basketball college Because after so much effort, dedication, and desire, the first drink has arrived and the city is celebrating.