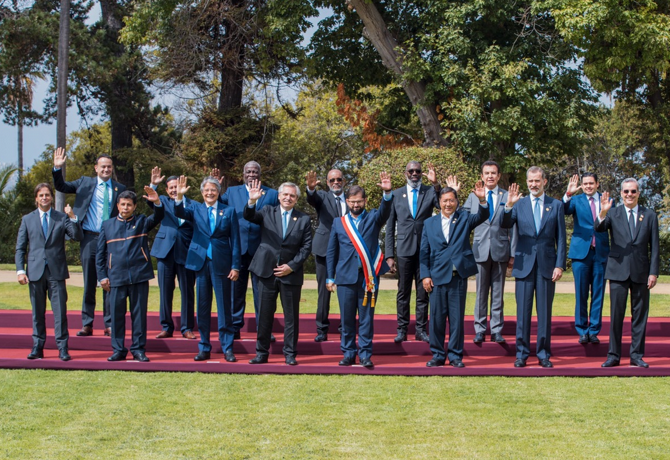 Yesterday, President Luis Abenader participated in the inauguration of Gabriel Borek as President of Chile, in continuation of his work agenda in South America.

The leadership transfer was carried out in the hall of honor of the National Congress in Valparaíso, where the Dominican Governor was accompanied by Secretary of State Roberto Alvarez.

After the ceremony, Abenader attended the Cerro Castillo Palace, Viña del Mar, where a lunch was served to him in honor of the Heads of State and Government who attended the opening. There he was accompanied by his wife, first lady Raquel Arbagi.

On Wednesday, March 9, the first day of the meeting, President Abenader and Argentine President Alberto Fernandez signed a cooperation agreement for the development of hydrocarbons,

Which aims to strengthen and develop bilateral cooperation between the two countries in order to carry out joint actions, especially in the field of hydrocarbons.

The Agreement seeks to cooperate and assist in the development and/or implementation of a legal framework allowing the establishment of the legal and economic foundations to guide the public and/or private investments required in order to enhance the exploration and exploitation of hydrocarbons in the Dominican Republic, both on the territory and abroad. Among the other agreements between the Dominican and Argentine governments is the roadmap for the implementation of the agreement on organ transplants between the Ministry of Public Health and the National Institute for the Coordination of Organ Transplants in the Dominican Republic with the Ministry of Health and the National Unified Central Institute. Coordinator of ablation and transplantation of the Argentine Republic.