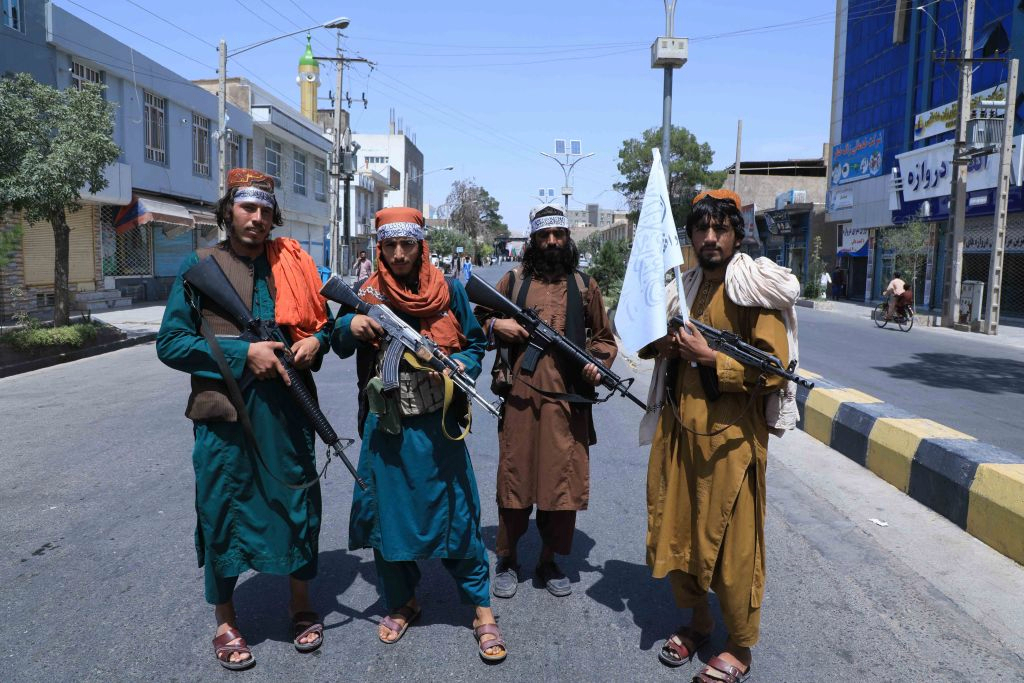 Afghans celebrate their country’s 102nd Independence Day with the national flag in Kabul. (Photo by Wakeel Khader/AFP via Getty Images)

A crowd of Afghans in Kabul defy the Taliban by marching through the streets carrying the national flag of Afghanistan to celebrate the country’s independence from British colonial rule in 1919.

The Taliban intends to replace the black, red and green Afghan national flag with their own black and white flag.

Witness accounts and videos widely circulated on social media on Thursday show crowds marching across the capital carrying the national flag. In some cases, people have replaced the black and white flag of the Taliban with the three colors of Afghanistan.

A witness interviewed by CNN said protesters in Kabul marched in front of Taliban fighters chanting “Long live Afghanistan.” Another witness told CNN that the Taliban fired in the air in an attempt to disperse the convoy. It is unclear if anyone has been injured.

And in the eastern city of Jalalabad, the country’s fifth largest, another witness CNN spoke with said protesters had demonstrated in the streets for the second day in a row. According to the witness, they received a violent reaction from the Taliban.

The witness also said that Taliban fighters fired on the crowd.

The Taliban has yet to comment on the incident.

Large convoys of Taliban were deployed to the streets of Kabul after crowds were seen marching through the streets of the Afghan capital carrying the country’s national flag to celebrate Independence Day, a CNN team has found.

The convoys, consisting of two or three trucks and at least 6 Taliban fighters, were seen flying in different areas of the city, sounding sirens.

Sporadic shots were heard at a more intense rate than in the previous days.

Earlier on Thursday, CNN reported that crowds were seen marching through the streets of Kabul with the Afghan national flag, defying the Taliban using a different flag.