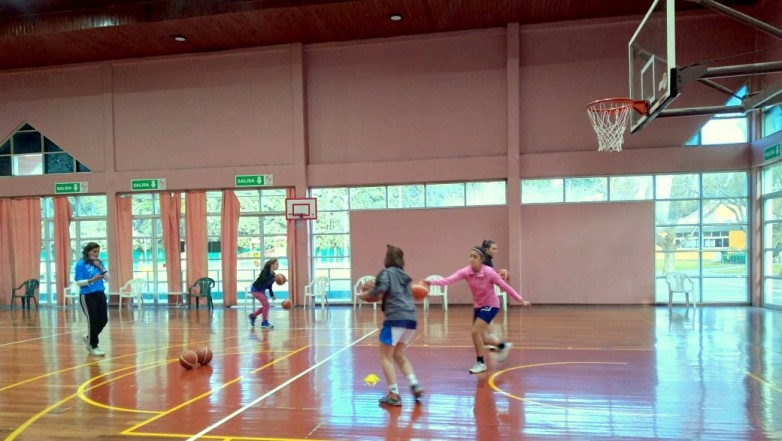 Women’s basketball has been working in the governorate for a month and a half, in order to get a well-coordinated team to binational games It will take place in San Luis County, November 23-29. In the case of the girls, the stadium of El Bardy has already been designated as the venue for the matches, in the city of Villa Mercedes, 92 kilometers from the capital.

Juan Pablo Olivares He is the girls coach with Natalia Dominguez, Responsible for the physical preparation. Training began at the beginning of July, with a very large roster of thirty players, twelve of whom must remain to form the team that will compete.

Players form different teams from Capital, Jáchal, Valle Fértil, Caucete and 25 de Mayo. Practices are usually carried out on Saturdays, in the morning hours (9 a.m. to 12:30 p.m.), at Sporting Club Estrella and when the occasion permits, the hours are added, as they did on the last long weekend, when they worked on Saturdays at Two shifts. And Sunday morning. There were also – on some occasions – the facilities of the Ausonia Club for some practices.

Leaving behind the inconveniences caused by the pandemic and the quarantine that prevented them from competing in their teams, the team is very excited and ready to participate, relying on the important performance of Natalia Dominguez, who is working on the physical conditioning of the girls.

In terms of what pieces need to be made to leave the final team, Olivares believes there is still plenty of time and the idea is to do it gradually, as training progresses and basketball players’ performance can be better observed. The idea is that as the team shrinks, friendlies can begin. Another detail that is considered positive is that the domestic championship is about to start, and this will allow the selected women to have a dual activity: in their clubs and in the duo team.