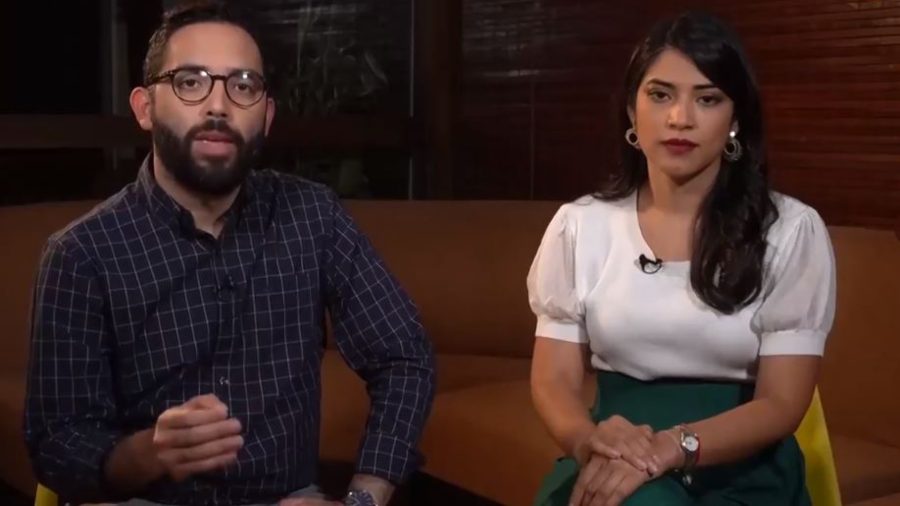 The head of the Syndicate of Journalists believes Channel 33 is likely to be under pressure. He also regretted the closure of this program in the midst of the country’s current political context.

“Given the signals received within Channel 33, it is very likely that it is under pressure, perhaps of a governmental nature, to cancel any press space that is not comfortable for the government at this time,” he said. Angélica Cárcamo, President of the Association of Journalists of El Salvador (APES) after hearing an announcement that Focos TV will quit programming this medium.

According to Carcamo, the seriousness of this revolves around the fact that there may be some censorship of said media.

“Regarding what happens to Channel 33, we do not rule out that it may be a matter of censorship, and that is the serious matter, apart from the fact that space is closed, what we are talking about is that the medium is censoring communications. Or, if it is in exchange for other things, and even the removal of hesitation to close all press spaces. “

“It draws attention, especially at this juncture, where investigative journalism is very important than ever before to generate critical awareness of citizenship, and today more than ever it deserves attention, and it deserves access to important, clear and accurate information about what is happening in Country, “explained the head of APES.

Read on: Channel 33 is removing the FocosTV news segment from programming

In his view, that the parties decide to end the program and that the others notify the press professionals of the closure without further controversy. In this case, the second scenario happened, according to FocosTV employees.

In this regard, he expressed regret, “because the channel suddenly suspended the broadcasts of Focos TV, and we were surprised by the decision to leave, especially since one of the representatives of the Focos management team, Karen Fernandez, stated that they were not given the greatest margin to negotiate to talk about the closure, they practically told them that they were closing And that’s it. “

It should clarify channel 33

The APES chief highlighted the importance of Channel 33 officially presenting an explanation to clarify whether or not there was pressure, even external, to close the program.

He also announced that they are seeking through the union’s monitoring center to obtain information from the channel to find out the reason for this decision.

Carcamo also expressed concern after learning of the resignation of Saul Hernandez, who ran the channel until the end of the week.

“Also on Monday morning we learned of the decision to resign Saúl Hernández, who has been running the channel for more than a year, so if it is very worrying, it seems, because of the signals being presented within Channel 33 that it is very likely the channel is under pressure.”

What’s more: Buckley refuses an interview with journalist Jorge Ramos, but gives it to an interlocutor close to Trump and accused of racism

Likewise, he lamented that so many media outlets are bending to official speeches, and the spaces through which citizens can have a plurality of information and opinions are being closed.

A representative of the Press Syndicate explained that Focos TV has not only done investigative journalism through contrast and seeing government compliance or not, but has also put in place other voices that are not taken into account for various reasons in interviews with other TV media, such as different sectors. For civil society.

Eric Evan Ortiz, a gay rights activist and former candidate, agreed. He stated, “FocosTV’s exit from Channel 33 also means closing one of the spaces devoted to the largest discussion on national television about the challenges and realities of the LGBTI community.”

Carcamo feared this would be a trend

“I hope that what happened with Focos TV and Saúl Hernández, was not the beginning of the closing of the few press spaces that are taking place on Channel 33. I would be very sorry if later they wanted to close República, or 8 in time period, I hope that does not happen because otherwise we will see Clearly the channel is under pressure to allow itself to practice journalism, ”Carcamo warned APES.

He also said that this case is being documented to formally notify the Inter-American Commission on Human Rights rapporteur on freedom of expression, Pedro Vaca.

What’s more: A message to independent media: We will be the last line of defense

In addition, he lamented that open television was running out of independent press spaces.

Carcamo reiterated that the channel should clarify its decision and expand on what Saul Hernandez and Karen Fernandez have already announced: that they will replace the program with an educational part.

He said, “I insist that the topic of the cultural and educational component not be separated from the journalistic work, as it also contains those components, and it is not a valid argument in our opinion to close the blanks.”