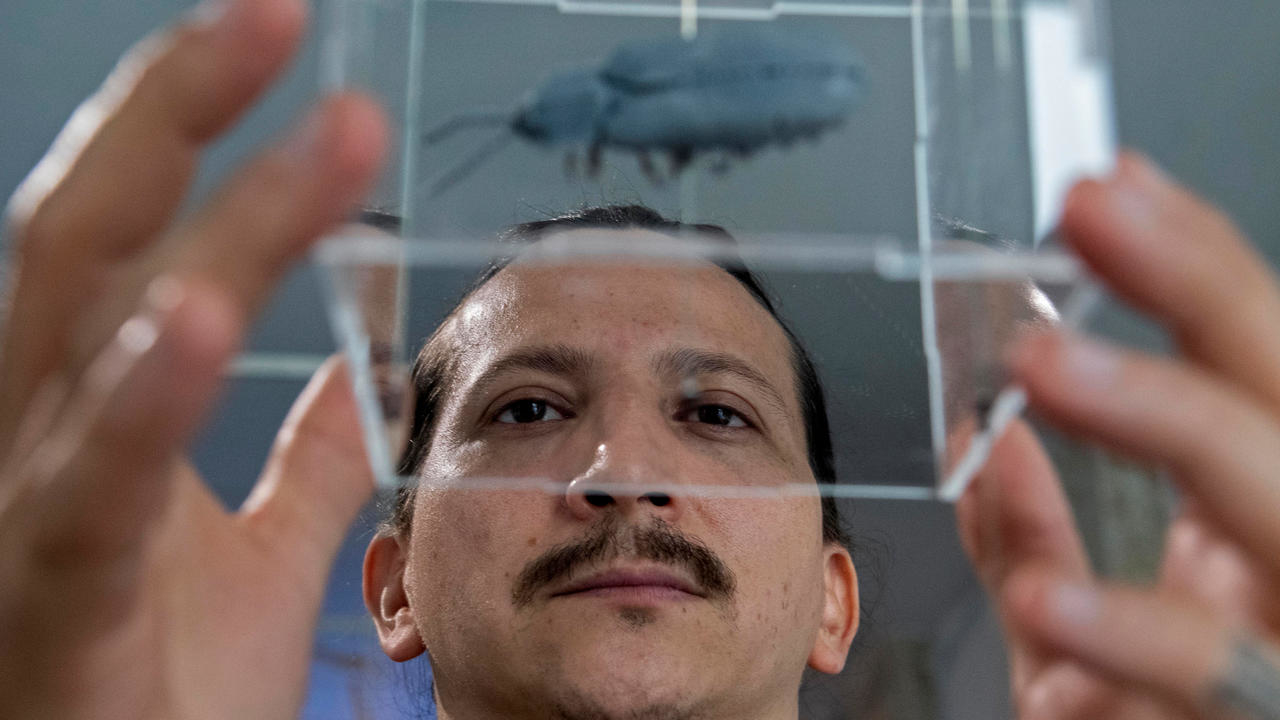 A beetle figurine mutating due to changes in its diet or seaweed made of plastic is part of a sample developed by artists by scientists in Costa Rica to depict the impact of climate change on their lands.

It consists of eight pieces using different techniques such as video, macrame [tejido con nudos]The sculpture and painting to illustrate the impact of global warming on the forests, insects and algae of the country, which is home to 6% of the world’s biodiversity over an area of ​​51,000 square kilometers.

One of the curators, Fernando Chaves, told AFP that the exhibition of works created specifically for the exhibition seeks to take the debate on climate change out of the scope of scientific work or climate journalism, to make it available to the public.

Funded by the Canadian International Institute for Sustainable Development (IISD, nongovernmental), the artists created the works following an exchange with a scholarly foundation that documented the impact of global warming.

“We wonder what will happen if we bring artists and scientists together to have a dialogue on the pressing issue of climate change,” Chaves said.

“The result is an interpretation of climate change through artistic endeavors,” said Daniel Soto, the other curator of the exhibition.

In one of the works, sculptor Jonathan Torres created a 3D model of a baby beetle that has mutated with the impact of climate change on the leaf it feeds on.

Torres’ piece will incorporate a new model of the beetle “cephaloleia fenestrata” on a weekly basis, depicting mutations discovered by scientists from the Organization for Tropical Studies (OET) between 2007 and 2021.

The art exhibition will open from April 22 to June 19 at the Museum of Contemporary Art and Design (MADC) in downtown San Jose.

“The forest contains fish, hedgehogs and other species, but with global warming it has grown so quickly that it has become a problem, because it prevents sunlight from entering the ocean and affects biodiversity,” said Ruiz Schmidt, who worked with experts. From the Center for Marine Sciences Research (CIMAR) at the University of Costa Rica.

In recent years, it has been common to see these algae wash in large quantities to the coasts of various parts of the Caribbean Sea, where they decompose and produce unpleasant odors. According to scientific evidence, it comes from the equatorial region of the Atlantic Ocean, between South America and Africa.

There, the mouths of large rivers laden with nutrients – the waste of human activity – and desertification and global warming are breeding them.

Ruiz Schmidt’s work was supported by British Olivia Grosvenor of The Recycle Studio, which collects plastics that are not typically recycled, such as bags, and turns them into products for use in interior design, architecture and other activities.

In this case, the bags became colorful algae hanging from the ropes of the forest.

“These proposals bring us closer to a high-impact environmental problem, and create a collective cultural awareness about it,” said Paz Munji, Director of MADC.