Arteta was teared up by Martinelli’s injury 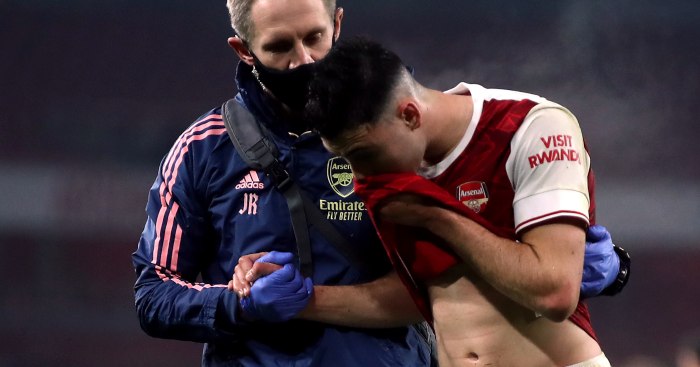 Mikel Arteta, president of Arsenal, expressed his gratitude for the use of VAR technology in the process 2-0 victory over Newcastle In the FA Cup and hailed the growing importance of Emile Smith Row.

The 20-year-old proved the lead and scored the first goal in the 109th minute after the extra-time tie ended.

It would have been a different ending for Academy graduate Smith Rowe had it not been requested by VAR referee Chris Kavanagh to review the decision in injury time.

Smith Row received a red card for challenging Newcastle player Sean Longstaff, but after using the stadium screen, it was downgraded to yellow and the youngster took advantage of his deferral to help Arsenal reach the fourth round.

Only nine of the 32 matches this weekend will go through video-assisted technology – the one played on Premier League stadiums.

Read more: No problem for Arteta like floundering Arsenal

Arteta said, “I was crazy because when I saw the event on TV, I didn’t think it could be kicked out but thank God, the organizers decided to use VAR technology and today it worked the way it should, so I’m very happy to get that.”

“We believe in Emile, he is doing really well. He is growing and becoming more important in the team.

“Today he showed it again the way he came, the character he played and we asked him to be more in the penalty area, more threatening in front of goal and he scored a really important goal for us.”

Smith Row was the first person Arteta turned to on the bench after an hour of playing at Emirates Stadium, where the chances were high.

His lead, along with entering Bukayo Saka and Granit Schaka later in the game, helped Arsenal start their title defense with a 2–0 win.

Captain Pierre Emerick Aubameyang was a marginal figure before Arteta was called up to the cavalry, but scored his sixth goal of the season with a shot in the 117th minute from the center back of Kieran Tierney.

That was another positive for the hosts, but they took a knock before kick-off when Gabriel Martinelli, who had recently returned from a serious knee injury, had an ankle problem in the warm-up and had to be absent after being called the eleventh start.

Arteta admitted, “I am devastated. I was in my office before the match and one of the coaches came and said that Gabi injured himself and sprained his ankle.

“I went to the medicine room and he was crying and in pain. We have to see how he is. He wasn’t looking good, he was in pain so I imagine we won’t have good news with him.”

Martinelli will be subject to a test but is expected to miss Thursday’s match at home with Crystal Palace in the Premier League.

“It is his character who wants to play in the next match, and he doesn’t care and can handle the pain,” Arteta said.

“I hope nothing is too dangerous, but at first it didn’t look good.”