Autonomy will be at the mercy of private and official interests 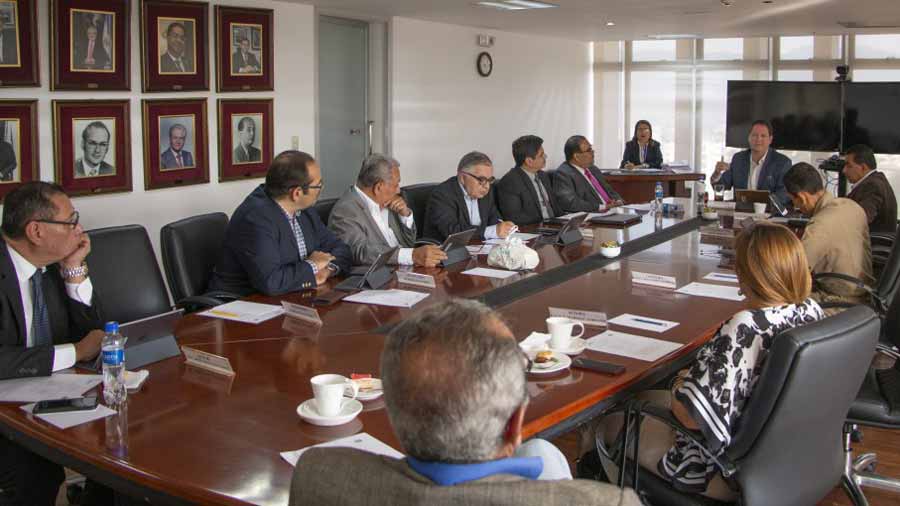 Now any company with vested interests may be on corporate boards that deal with a lot of economic and budget regulations, according to ANEP CEO, Leonor Silva.

Now that Najib Bukele’s government has removed the representatives of the National Association for Private Enterprise (ANEP) from 23 independent and decentralized institutions, they will be left at the mercy of any businessman or private person with specific interests to join their boards and “be a cover” for the decisions that are taken in them.

Big-budget institutions and major projects such as the Independent Executive Ports Commission (Cepa) or those regulating key economic sectors such as the General Electricity and Communications Supervision Authority (Siget) are some of those that will now be available to special interests.

According to ANEP CEO, Leonor Silva, “There will be a risk of conflict of interest, as individual companies may present candidates to the boards of these independent companies.”

“The interest in evading all kinds of oversight of citizens and accountability that other governments have tried in the past is taking shape,” the union said in a statement.

Even before these reforms, approved by the Legislative Assembly dominated by the ruling party of New Ideas, representatives of the productive sector – who were not in the majority on boards of directors – exercised the role of auditor and cast their votes in favor or in favor of Saleh versus depending on the legality of actions or the interest of projects.

At these meetings, the Board of Directors approves policies and annual business plans that include investments of millions of dollars that are taken by consensus and by diversity of opinions. If something is outside the law, any representative of the council can vote against it and prove his position on a project he does not participate in and that is reflected in the last minutes.

ANEP warns that “these age-old practices will bring more nepotism, waste and corruption within independent entities”

But now, there is a greater danger that it is the representatives associated with the government who are voting for their own interests and withholding information about money management and pro or opposition regimes.

According to ANEP, these independent companies manage approximately $2,045 million annually on various projects.

One of them was Banco Hipotecario, a board-run organization from which $350 million was transferred behind the back of private representation.

The elimination of important institutions could only be halted after the Constitutional Chamber repealed the decrees and asked Funes to reinstate many of these representatives.

However, the current scenario is now different, with Silva stressing that they do not trust the Constitutional Chamber will do the same this time, considering that the court’s judges were imposed by the ruling legislative assembly on May 1.

He asserts: “We warn the population that these old practices will bring more nepotism, waste and corruption into the period of self-governance for independent entities.”

The President of the Republic, Najib Boukil, justified, last night during a press conference, that the decision of the Legislative Council does not exclude ANEP from the subsequent participation in the representation of the boards of directors.

Silva also clarified that it was not ANEP that decided to represent the business on boards. Of these 23 independents, only 6 had representatives appointed by the union, but the rest were elected by their sectors, also taking care that there was no conflict of interest for the councils of which they were composed.

ANEP is made up of 50 sectors and 55 economic subsectors.

In other institutions such as the Salvadoran Vocational Training Institute (Insaforp), the representation of private companies has ILO support and, therefore, their representatives should not be appointed by the government as this infringes upon freedom of association and representation. .

Indeed, next week the Salvadoran state, through its Minister of Labour, Rolando Castro, will have to explain to the ILO these violations of labor rights, referring to the cases that began in 2012 and now, as well as the current government cases. .

Silva said that after the reforms, the government has now set up mechanisms to remove private sector representatives from the autonomous communities, something they cannot do even as a union once they are appointed.