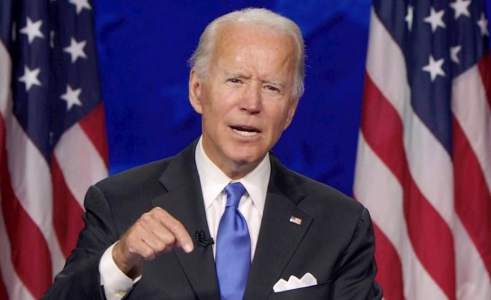 US President Joe Biden pledged to help organize efforts to “rebuild Gaza” and said that creating a Palestinian state alongside Israel is the “only solution” to the conflict.

“We need a two-state solution. It is the only solution,” the president said during a White House press conference marking the South Korean president’s visit.

It can read: Calm in Gaza and Israel after the ceasefire

He also called on Israel to put an end to “inter-communal clashes” in Jerusalem, which had been the source of the clashes in recent days.

“There is no change in my commitment to the security of Israel, no change at all,” he said, adding that “there will be no peace” until the region “unambiguously” recognizes the existence of Israel.

“But I am telling you that there is a change. The change is that we still need the two-state solution. It is the only answer, the only answer,” the US president insisted.

HIM-HER-IT: The association says a cease-fire in Palestine is reassuring, but it is late

The idea of ​​a two-state solution, with a sovereign Palestinian state alongside Israel and Jerusalem as a shared capital, has been the cornerstone of decades of international diplomacy aimed at ending the Israeli-Palestinian conflict.

But US policy under the Donald Trump administration has been criticized for being blatantly pro-Israel and ignoring the Palestinians.

The Middle East peace plan drawn up by Trump’s advisor and son-in-law Jared Kushner has been described as a two-state solution.

However, that plan envisaged the establishment of a Palestinian state with limited sovereignty and whose security would be in the hands of Israel. The Palestinian leaders rejected the proposal out of hand.