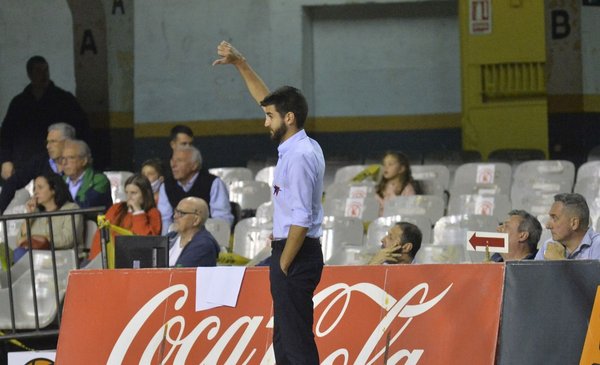 Begua beat Olympia on Monday 68-67 String matching That both are in contention for the quarter-finals of the Uruguayan Basketball League.

Olympia had won last Thursday 85-84, so both games were decided in the last breath.

Bigwa, the defending champion, has struggled again The absence of Donald Sims, a star.

This time Pato started at full speed by crushing 22-11 in the first quarter.

Luis Santos, with 25 points and 12 rebounds, was Begua’s best defense whose captain Santiago Vidal was just two minutes away on the field.

However, in the latter part of the match, Olympia launches a wild attack Which led him to the last seconds with chances to win the match.

This is when it happened unusual event: Abel Agarbado tried with a hat-trick that hit the edge and the shot clock did not drop from 24 to 14 seconds. But when Nicholas Catala made a second attempt, the trumpet sounded only at the end of 24 seconds. The clock was ticking a second to play, and when the ball hit the acrylic, referees Adrian Vazquez, Ricardo Oliveira and Enrique Ferreira gave Begua a substitute.

Olympia coach Gerardo Gouri burst into the inexplicable situation and entered the square to protest.

also Lots of people took to the field.

Santos and Laurent got into an argument with Olympia’s physical coach.

There were completely angry fans who were contained by other fans who wanted things not to go too far.

After a period of talks and protests, the judges went to review the play to make sure Error from the control desk.

So they decided to give Olympia the substitute with a possession time of 2.8 seconds.

With players cold due to waiting time, Abel Agarbado attempted a three-way effort because Biguá had a foul to hit. He wasn’t right, so Pato took the win that extended the streak into at least the fourth inning.

In the second hour, Urban and Trouville are playing. In the first point, Urban won 92-84.

The match went into overtime due to a draw at 80.

This Tuesday they will play Aguada-Goes at 7:15 p.m. at Palacio Peñarol and Malvín-Peñarol in Larre Borges at 9:45 p.m.