The Quart de Poblet will have a new pedestrian area of ​​3,000 square meters 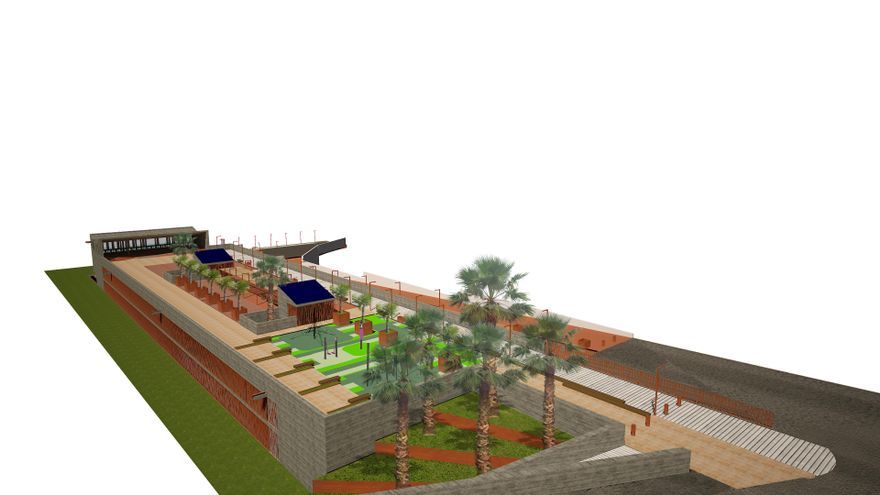 European cities are betting on creating more pedestrian space, to create friendly citizens. In this sense, the municipality of Quart de Poblet will add approximately 2,900 square meters of pedestrian area with the creation of a new plaza on the roof of the garden and the car park for the rides on the Court de las Aguas, which will become accessible to citizens to walk.

The project, which is included in the work of Balcó del Túria, consists of creating a public space and recreation area on the parking deck and its connection to the existing urban fabric. The car park construction is already facing its final stretch, so the plaza construction work will start during this year. This is a measure included in the Integrated Sustainable Urban Development Strategy, co-financed by 50% by the European Regional Development Fund, ERDF.

This deck will have three main areas. The first will be a recreation area with a playground and biological health games for the elderly, while the second will consist of a garden with different types of aromatic and botanical Mediterranean plants. Finally, there will be a meeting and accommodation space with a theater for events, as well as an open area for various activities: children’s cycling, skateboarding or skateboarding.

To ensure safe access, pedestrian paths will be enabled with vehicle restrictions, from the street and also to the three designated areas. It is a zero-level “green” box, which translates to 100% universal accessibility, without architectural barriers and appropriate elements, such as air-conditioned furniture.

This area will be the culmination of the renewal of the Rio Torre neighborhood, whose streets have been the subject of urban improvement and renewal. In general, this new green area adds to the vegetation planted in these roads, as well as in the Puerta del Turia Park.

All actions are also included in the development strategy and are aimed at creating high quality, less polluting and healthier spaces, and promoting citizen encounters.

Finally, the plaza will constitute a convenient new outlet for access to the Túria Natural Park; Because in addition to having a view towards this riverine space, it is accessible from the surface. Thus, the municipality will have more convenient entrances, such as the aforementioned Puerta del Túria park, in addition to the ramp enabled on Paterna Street, which is also an EDUSI project.