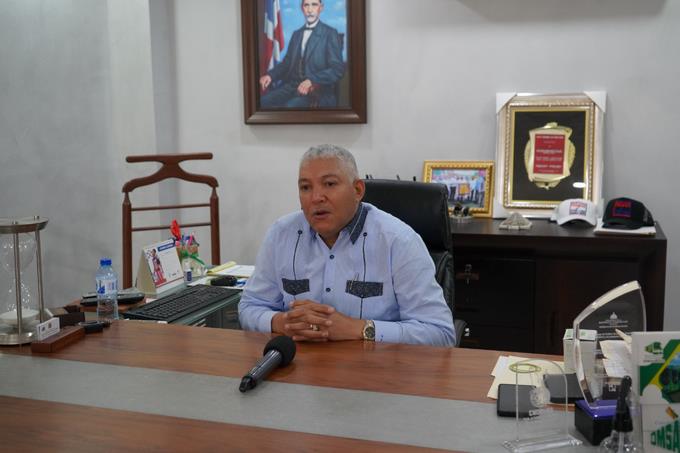 The Director of the Metropolitan Santo Domingo (OMSA) office, Radhames Gonzalez, announced on Monday that One of its drivers caught trying to change lanes “recklessly” at kilometer 9 of the Duarte Highway canceled.

“We will never, under any circumstances, accept that our collaborators break the law, specifically traffic law, and commit recklessness…Gonzalez said.

In a statement, the official indicated that they would be kept under “permanent surveillance” until employees did work “as required by law.”

González, an appeal to other drivers and servers in the entity, to cooperate with his management’s goal, “to make OMSA an efficient, transparent and humane organization.”

“Whoever cannot cooperate with us in this direction, unfortunately should not be part of the OMSA family”pointed out.

The incident happened last Wednesday, April 20, but spread over the weekend.

The video shows how the driver is identified as Julio Bigero, Driving the bus, File 15074, commits two unwise actions at km 9 of the Duarte Highway, while attempting to change lanes, crossing directly at the edge of the dividing walls.

This is not the first case In the past five months, the entity has dismissed about 15 drivers for failing to perform their duties.