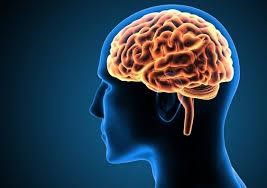 For more than 100 years, scientists are working on looking at the association between brain size and intelligence. But the investigation for this connection remains fraught until the development of MRIs. MRIs offer a higher degree of accuracy while assessing the volume of the brain.

There is a significant amount of changeability in brain volume ranging from 1,053 cm3 to 1,499 cm3 in males and between 975 cm3 and 1,398 cm3 in females. But is the brain size important to determine the smartness or intelligence of an individual?

We all commonly see such people in our daily communication that just do not get it. They normally take a longer time than others to understand the meaning of various concepts included in the conversation. While, on the other hand, some people have greater mental ability or power to absorb new concepts faster. They get the meaning of the conversation the first time around.

See also  Medi-Cal: How do I access the Health, Assistance, and Benefits Program?

Although it is quite rude to look up to such differences researchers have focused on these differences to see the association between the size of the brain and the intelligence level of the individuals.

Different individuals take different time spans to understand and comprehend the environment around them. They vary in their mental capacity to grasp new ideas and concepts. Researchers have tried to follow these differences in relation to certain closely associated concepts, for instance, general intelligence i.e. overall cognitive capacity and fluid intelligence.

These alterations in individual’s capability to grasp new pieces of information, to understand their meanings, and to retain their past information, are tested by using psychometric intelligence tests (such as: IQ Global Test)

While assessing general intelligence it is found to be correlated to overall accomplishment in life, with social agility and performance in their professional career, with health conditions, and general life period. A research study carried out with one million Swedish men showed that increasing Intelligence Quotient with one standard deviation brought a 32 percent reduction in mortality which is a huge percentage to focus on.

Although intelligence cannot determine general happiness, it is related to overall success in life. You will find smarter people more in managerial positions than as supporting staff in some supermarkets. What about the statistical correlation between brain volume and intelligence level?

With the MRI screening of brain composition, such investigations are now part of the daily routine. A research study conducted with healthy volunteers showed that there is a weak correlation between brain volume and intelligence level with an associated value between 0.3 and 0.4 out of 1.0. In simple words, size of the brain only determines 9 and 16 percent of all the changeability in the intelligence level of the individuals.

While assessing the brain structure, it is found out that temporal and frontal regions of the cortex and width of these regions in the brain affect the intelligence level but only modestly. On average, it is considered that a bigger brain means larger intelligence but the actual factors affecting this are still unknown.

Some recent experiments have looked at the particular associations among neurons in different sections of a person’s brain and found that they do play a role in predicting fluid intelligence. Fluid intelligence includes the person’s capability to solve new problems. These experiments showed around 45 percent variance from one person to another.

Brain structure and thickness of the temporal and frontal regions also affect intelligence to a small degree but it is the general perception of people that bigger brain sizes ensure larger intelligence levels.

It is still not feasible to assess people’s intelligence based on the size of their brain but it is important to find the reasons that affect this correlation (weak). This correlation also differs from species to species. As Charles Darwin summarized we humans, are unique but so is every other species. We are all unique in our own different ways.

See also  SpaceX: This will be the first private mission - science - life