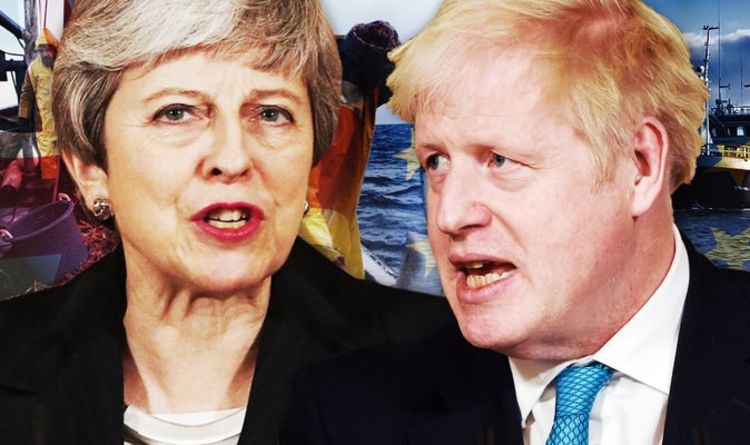 The prime minister has warned Brussels that if the EU does not change its position, it is time to prepare for a non-trade deal, and that there is little to no negotiation. Mr Johnson said: “I have decided that we must be ready for January 1, with arrangements like Australia based on the simple principles of global free trade. Sets the rules. “

Fisheries has proven to be a major stumbling block since negotiations between the two sides began nearly four years ago, with both former Prime Minister Theresa May and now Mr Johnson pushing for a deal to satisfy the fishing community after Brexit.

The EU has argued that Britain wants to renegotiate the fisheries quota on an annual basis, but that it will not be able to make industrial investment decisions.

Alistair Carmichael, a Liberal Democrat MP for Orkney and Shetland, has accused Ms May and Mr Johnson of withdrawing promises to the fishing industry.

He also accused the two of having “no political will to stop it in the withdrawal agreement” and warned that the political consequences of betraying the fishing industry would be “very serious”.

“If First Theresa May and then Boris Johnson had included fishing in the withdrawal agreement rather than dealing with it as part of the political declaration, we would not have been seen in this difficult situation. First place.

“I hope they will have a political will because of the greater emphasis on fishing for my community and the professional emphasis on the promises they have made, because the political consequences for any party that betrays the fishing industry are now far more severe.”

When asked if the withdrawal agreement caused unnecessary confusion by not only including fisheries and the political declaration from the outset, Mr Carmichael replied: “Of course!

Read more: Brexit Live: 45 years as a member and not even the same terms as Canada!

Mr Carmichael accused the Tory government of “directly violating its promise to the industry” by leaving the fishery out of the withdrawal agreement.

He warned that they must fulfill the promises they made to the industry, or face a “hurricane”.

Lip Dem MP for Orkney and Shetland. He continued: “The decision to withdraw the fisheries policy from the withdrawal agreement is a direct violation of the promise made to the industry.

“They are fighting to break the promises they made and now find a way to make it better.

“The arbitrator is not on them – the importance of fishing in these negotiations is that they are never going to bury this as an issue.

“They have to keep their promises or step back. If they do the latter, they will face a hurricane.”