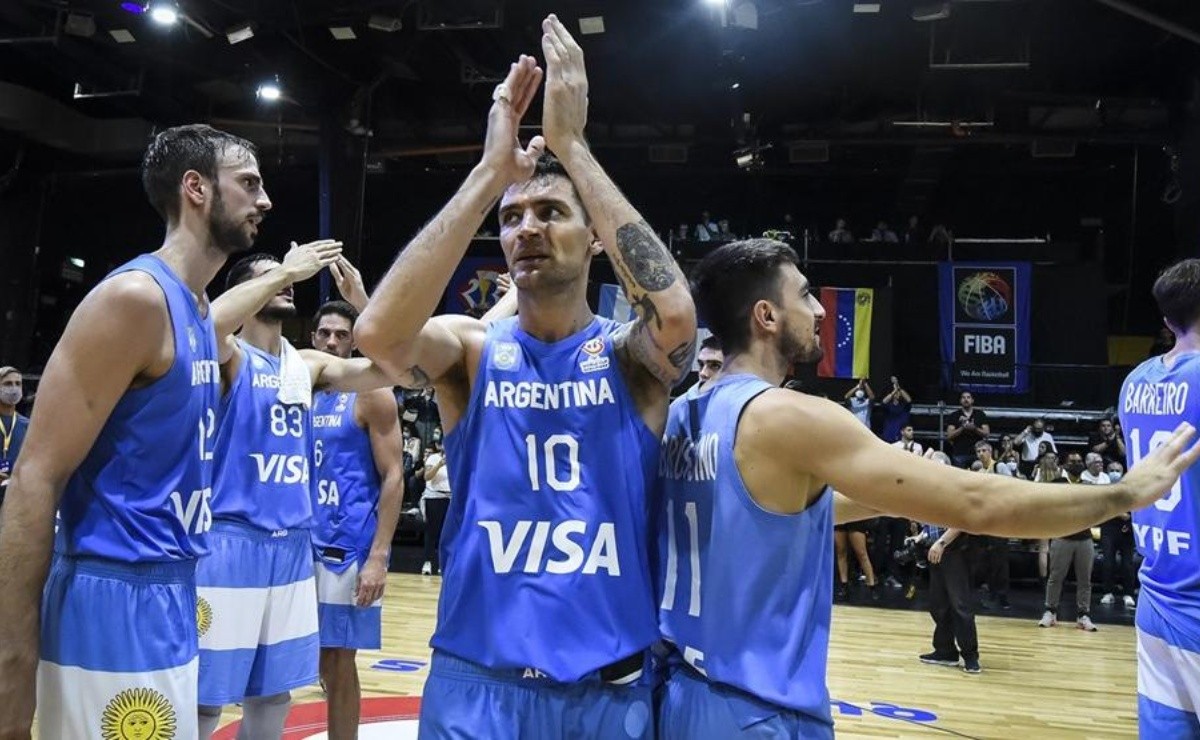 With a different attitude, despite the lack of flight, the Argentine basketball team defeated Panama 65-58 in the second date of the second FIBA ​​window heading into the 2023 World Cup. With more substance than anything else, the team led by Nestor “Che” García was able On overcoming the paltry and petty actions the night before against Venezuela. In fact, a specific scent of a potential fall flew most of Saturday night. But since that didn’t happen yesterday against Venotinto, Carlos Delfino appeared against Central America to give Argentina a key win for one of the seven cards available on the continent for the 2023 World Cup to be held in the Philippines. Indonesia (August 25 to September 10, 2023), with places in Manila, Okinawa, and Jakarta, respectively.

In the absence of team play, this window has become a problem for Argentina as it fails to build trust that reinforces its values ​​and hides its flaws. It was clear against Panama that the hard blow he had suffered against Venezuela had not yet healed. Defeat damaged a lot and it was noted against Panama that they sometimes took advantage of a defeated opponent. In fact, Panama experienced a match similar to that of Venezuela: physical, very physical, with a lot of friction. It was between the ropes.

With partial 19-14, 33-34 and 49-51, the Panamanians were close to this achievement. But there, as he swung with a potential KO, the athletic and spiritual leader of Argentina appeared: Carlos Delfino, the last episode of the golden generation, for a long-suffering victory. Delfino contributed 15 points (5/7 three times) and had 9 rebounds. His four throws in a row between the end of the third quarter and the beginning of the last was an emotional catalyst for Argentina to come out of the hole. In addition to Delfino, the character of the game, there was also a good performance from Marcos Delía (9 points and 6 rebounds), with a very good defense; as well as Marcos Mata (13 goals), with his great experience and calmness in crucial moments; and Nicholas Brussino (10 points and 5 rebounds), who scored 3 match-breaking points just 56 seconds ago.

It cost him but he won. This is how the match against Panama can be summarized. An important victory that adds and helps build. Doing this through victory without overlooking mistakes would be better to think about what is to come for the national team in the reconstruction plan.

“We are having a hard time finding the match. You have to learn to win this way, play poorly. There are many things that need to be corrected and improved. It is a very big shirt and it costs…”Dolphin admitted.

The Argentine national team will play again on June 30, with its participation in the American qualifiers, in its visit to the leader of Venezuela (they beat Paraguay 97-48). Three days later, also away from home, they will conclude the group stage against Panama.

There are 7 World Cup venues, in addition to the national team, disputed by the Bahamas, Brazil, Canada, Chile, Colombia, Cuba, Dominican Republic, Mexico, Panama, Paraguay, Puerto Rico, Uruguay and Virgin. Islands of the United States and Venezuela. They were all divided into four groups of four teams.