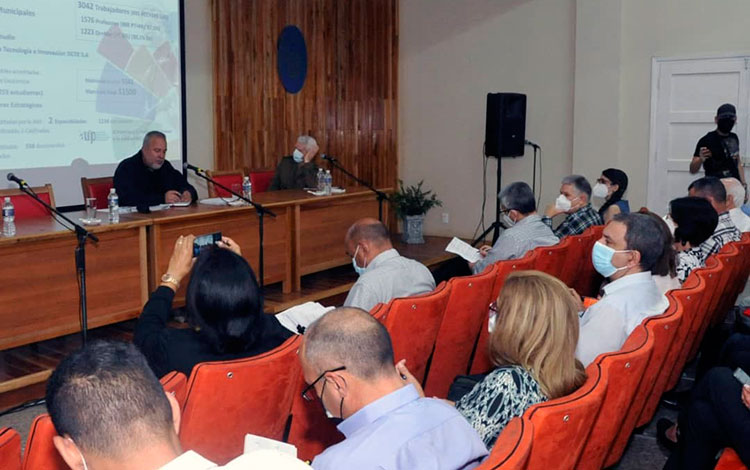 On the third day of the government visit to Villa Clara, Prime Minister Manuel Marrero Cruz visited the Central University of Marta Abreu in Las Villas (UCLV) to learn about the academic institution’s contributions to the science and innovation-based system of government during 2022.

The meeting was attended by deputy prime ministers, ministers, directors of Villa Clara entities, representatives of the party and government of the province and members of the board of directors of UCLV.

According to the Rector, Dr. C. Osana Molerio Pérez, the university has 12 faculties, 53 professions, 12 domestic university centers, 15 study and research centers and Interface, which constitutes a potential for science development and innovation.

Among the actions undertaken by the Foundation, UCLV professionals and researchers have been integrated into technical advisory boards and national and regional expert groups; Continuing academic training, with a wide scope extending to municipalities; Opening new jobs and courses, depending on the workforce demand in the regions, and advising for decision-making in local governments in four municipalities, among other things.