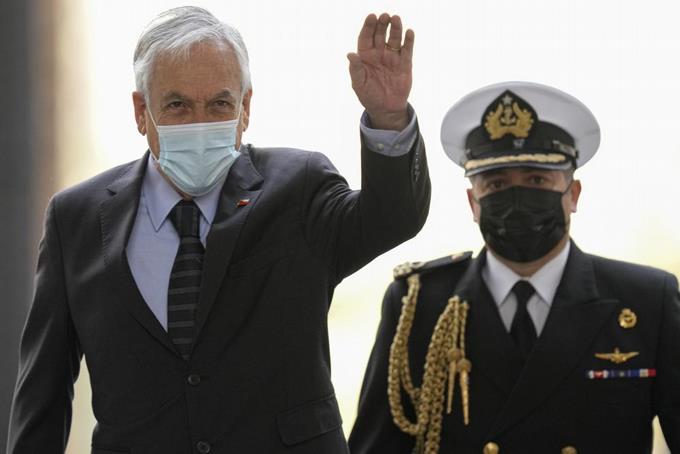 Chile’s Senate met on Tuesday to vote on the impeachment trial of President Sebastian Pinera, which was initiated by the center-left opposition seeking to impeach him because he favored selling a family business during his first government.

The crucial session comes just five days after Chileans head to the polls to elect a president for the 2022-2026 term, with the winner receiving the sash of the order on March 11, 2022 from Pinera or his successor, if impeachment is allowed. . If that happens, Congress will elect a replacement from among any citizens to end his term.

To remove Pinera, 29 of the 43 Senate votes are needed. The opposition has 24 votes, while the remaining five votes must come from government lawmakers, which is difficult. If convicted, he will not be able to hold any public office for five years.

The president remains in office after the impeachment is accepted and is not prevented from leaving Chile until pending a decision by the Senate. The charges against him are “publicly violating the constitution and laws” and “gross compromising the honor of the nation” and will be voted on separately.

Senator Isabel Allende, daughter of former Socialist President Salvador Allende, who was overthrown by the military in 1973, was the eighth speaker to the plenary and endorsed both positions, after stating that “presidents should finish their terms, but this is a different case.”

Some senators did not use their time, while official Juan José Osandón was the only one to abstain so far. He stated that in the accusation against Pinera “I found myself only with assumptions”. He added: “I am not measuring intentions, but rather analyzing facts. In my opinion, the prosecution has no evidentiary support.” Ossandón maintained multiple disagreements with the president, both in the public and private sectors.

The Senate will meet until the impeachment is voted on by all lawmakers, who will have 15 minutes to prove their decision and then speak separately on the charges.

The session began at dawn on Tuesday, with the intervention of three accused deputies on the grounds that prompted the House of Representatives to accept the trial a week ago by a majority of 78 votes to 68 against, and three abstentions, and continued with the submission of a release from Pinera through. lawyer.

Representatives said Pinera preferred to sell a mining project and a family port, agreed in a tax haven, to avoid taxes, affecting the principle of probity and that Chile’s prestige had been severely damaged.

Defense attorney Jorge Galvez claimed Pinera “enjoys judicially asserted innocence” after a 2017 judicial investigation that included a review of 1,800 emails, which rejected him after concluding he had not interfered or used privileged information in the 2010 deal.

He added that the sale of the family business was carried out by a company in which the sons of the ruler had a “non-controlling” stake, that the facts are described and that Pinera learned about the deal after the end of his term in 2014. The constitution states that the ruler can be tried politically during his term and up to six months after the expiry of his term. his tenure.

The accusation was filed in October by 16 opposition MPs after the Pandora Papers came to light, an international journalistic investigation into the negotiation of tax havens that included a contract in December 2010 on the sale of mining and port businesses to their children that stipulated one of the payments that was not made public. Establish a corporation where the exclusion, national park or reserve. Four months ago, Pinera moved a thermal power plant that was to be built on the same site.

To obtain the same facts, the Attorney General’s Office opened a criminal investigation to investigate whether the disclosure of Pandora’s papers “could reflect crime figures” related to bribery, bribery or tax crimes.

This is the second trial that Pinera faces during his second term (2018-2022). The first was at the end of 2019 and was not processed because it did not meet the necessary requirements, according to the majority of MPs.