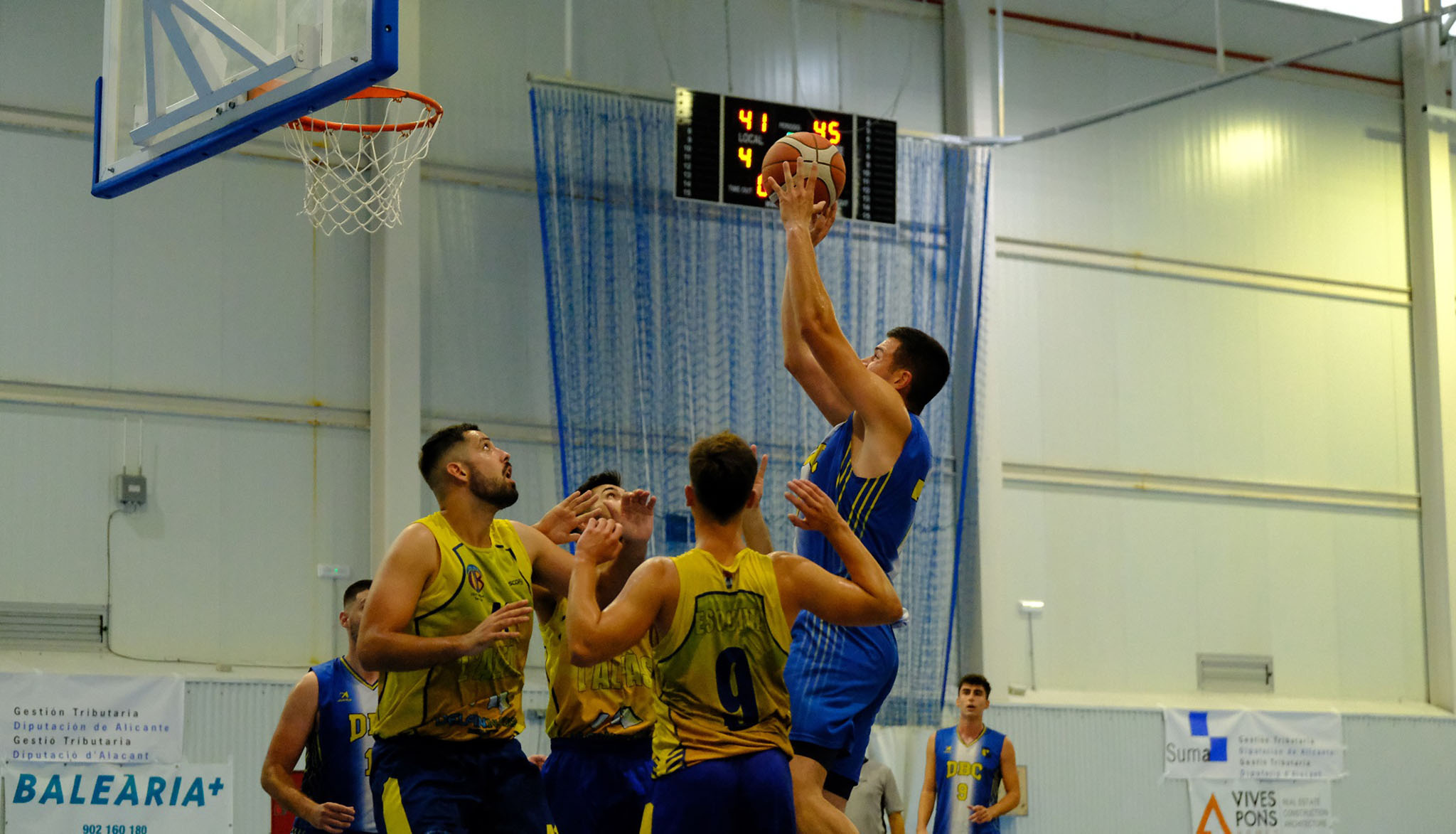 The top men’s SUMA National DBC SUMA had a tough game at Joan Foster as he played one-on-one against Terralfas, a team built with clear aspirations to be in the promotion stage for the EBA League, in a match that was just unresolved. Two minutes from the end (66-78).

The match was conditioned on personal fouls, with those of us religiously penalized by as many as thirty-seven compared to only fifteen indicated for our opponents, who are precisely a very physical team.

As a result, Terralfas scored thirty-one points from free throws, seventeen of which were in the final quarter as the hosts found it virtually impossible to defend. For their part, Bernardo Sanz’s and Pascual Miralles’ men only managed to score nine during the entire match.

Working in the back and rebounding allowed them to match the powers of the field in the first half, keeping the options alive despite a good indoor game for the visitors.

In the first half, Marina Baixa led by six points on the scoreboard, despite suffering the disqualification of one of their best players for throwing the ball into an opponent’s head after receiving a personal foul.

With the beginning of the second half, the host team always maintained its strength, defensively and offensively, played at a high level and presented a great image that led it to settle the match, and even took the initiative already in the last quarter. However, the better management of the visitors’ final property during the last two minutes of the match, which showed their quality and experience, led them to gain an insurmountable advantage for us.

Next week, the team will visit the Benifaió Stadium where they will try to fight for a victory that will allow them to follow in the footsteps of the teams that lead the classification.

After a good start to the game that seemed to indicate that the girls from John Lewis Perez It will not take long to determine the result, the visitors reacted in the second half and played very good minutes that helped them to keep options when they reached the break (32-22). Their forces got there, without being able to offer opposition to the reaction of the Dians in the following two periods.

Supported by an excellent defense, the spreads increased as the minutes went by, ensuring a third win in a row at the start of the season.

Next week, they welcome Juventut to the Joan Foster Suite Zubiathe team with whom they share leadership of the group, which arrives on this fourth day equally undefeated.

The men’s side went from less to more during their visit to San Gabriel de Alicante, where they ended up losing in the final minutes (67-54)

The start of the match in which it was very difficult to score, meant giving up a difficult part against him at the end of the first quarter. Dianense’s errors in attack facilitated the quick counter-attacks of the opponents, who closed the period with a fifteen point advantage.

They were able to improve the game during the second quarter, reducing the number of spins, while increasing their basket success rates. One of the keys to this reaction was the ability to better accept contacts in both defense and attack, unlike in the first 10 minutes.

They entered the second half eight points behind on the scoreboard, but with better feelings allowed them to believe they would be able to come back in the second half. They continued this dynamic through the third quarter, leveling the score a bit and putting Alicante in a corner. But a moment of uncertainty on the part of those of Denia, due to their defensive pressure, prompted them to receive another part which they could no longer face, although they continued to try to the end.

The third defeat for Carlos Vela’s men who, however, on this occasion, managed to play a lot of minutes at a very good level, something that should serve their players to see their potential. They will have to cheer themselves up quickly to face an important match the next day in Joan Foster against Morrow Baskett.