David Oviedo, the new challenge he faces in ADC and the reality of the basketball player 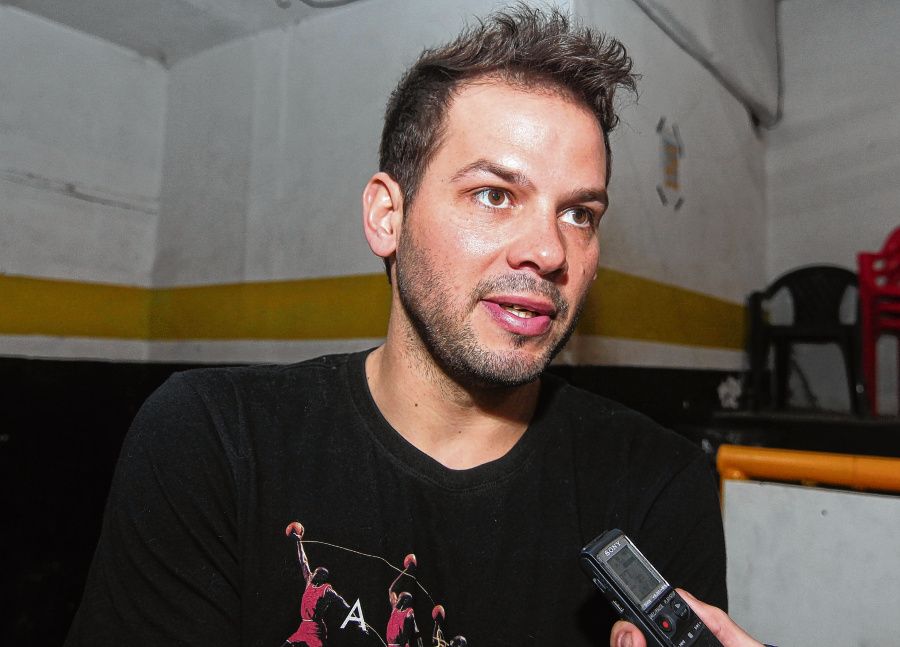 Centennial Sports Association confirmation of the upcoming Federal Basketball Court starting February 26 includes several new features. Among them is the arrival of a “player of excellence” such as David Oviedo.

“I am happy. Every year, when one gets a little older, this is a new challenge because we are in the last phase. First of all, it is very good that they take you into consideration. We spoke with ADC, it is the city where my family lived for life. I have friends Inside the club, they are people I love very much. From this place it is very important to me. I hope to be an equal and stand up for colors.s. My old man will be there as a coach, which is what makes him special. It will be your first experience as a professional and I will be a part of thatYesterday commented on Black River.

Cusita pointed to the difficult times we are in and this context appreciates Cente’s proposal. “It was a very difficult year for everyone. Being able to play is not a small thing. I am very grateful to the club members and my friends who gave me the strength to make this decision. I spend time with my son, and he is very important to me. These things make us smile this year.”

The pandemic has changed activities and behaviors. The concept of fitness and sports is one of the issues to be taken into consideration. Oviedo looks at it, talks about entertainment and professionalism.
“Sport is important for everyone at any age. I think that with the epidemic, people understood it a lot more and a lot went out to be active. For those who dedicate themselves to professional sport as a way of life, it has affected it much more. The inability to exercise from day to day. It completely changes your life, emotionally and physically. The pandemic has shown a lot of things from a social point of view and I think a lot has changed for the better. “ Added.

“I think most of them will understand the message about the value of sport and those who practice it. We must continue to look for improvement, and I hope so. You have to think positively.”
There, Cusita opened up another feature to talk, because he’s in a very special situation with the debt he’s been on to Colón de Santa Fe since 2008. “For us (basketball), the pandemic has shown years and years instability with clubs not complying. But he shouldn’t like it. One in particular. It’s something that has happened for a long time in Argentine basketball. The clubs deal with a lot of things. “

David is the voice of many in this regard: “I want things to be more serious and fair. When you are hired, you arrive on Friday and not think about what they owe you, but give your best. You always want to perform on the field for yourself and for the shirt you wear.” .
The epidemic fueled the economic crisis, but the corporate debts were with the players all the time.
Regulations and contracts are not respected. I don’t know if they are guilty, there are officials and we are all: the players through the AdJ (Players Association), CABB and AdC are collecting entities and nothing else, there is no help for the clubs. “

To illustrate his idea, the rule that came from playing recent seasons in the Pacific gave an example from the region. “Until clubs are treated as Spanish in this case, this will not change.” Confirmed. When this cannot be achieved, the best thing is to step aside. Talk about something well-organized. I don’t know who runs it but the club is spoken very well (in Spanish) everywhere. The players live, train and eat well. “

See also  When will the Argentines debut in the NBA?

As for the regulations and requirements laid down by the contract, Oviedo makes reservations and marks something the players are struggling with. “I see it difficult because the only thing that is required is a player. Until the leadership takes this as action, the same thing will continue to happen.” There are leaders who pass through the years and return as if nothing had happened. The state should help and I think it does. But I deal with a club, not with the government or the head of sports. I can’t go and complain to the government. There are leaders who sleep peacefully and have years of debt. “

“A 20-year-old cannot go out looking for a lawyer to get paid. With the history of Argentine basketball, it is CABB that has to support the player so that the clubs continue to do the same.”

In this sense, Oviedo says that in the contracts they will sign for the next tournament, the players’ rights are never mentioned and they are all obligations. “Without players, coaches and referees, there is no championship.” The former Perfora e Pinarole de Tala noted that “until we get out of this danger it will be very difficult for those who want to make a living from sports.”

In the Patagonia region for the upcoming federation his new team commented: “I think everything will be equal. The team is young and the team will be strong forward and backward. Without losing the club essence. We will try to contribute with the experience and knowledge we have gained. In a short and rare tournament, we’ll try to join together to find harmony and gameplay. I see the team both physically and athletically, and that makes me happy. “

As a man who feels his great passion for basketball, Cusita follows Facundo Campazzo’s NBA matches and left an interesting concept. “I follow Campazzo, I think he is the best among the best. You need time to adapt and learn to style. We all want to see it as it is in Real Madrid or the national team, but it will take some time, you have to go little by little. I also want to see him start for 30 minutes and the ball is in hand, but we have to lower expectations. I see it well and at its best. “


Subscribe to the daily news
Every day an email that has the most important news of the day.