Edwin Aguilar, a Salvadoran who has painted “The Simpsons” for over 20 years, has passed away 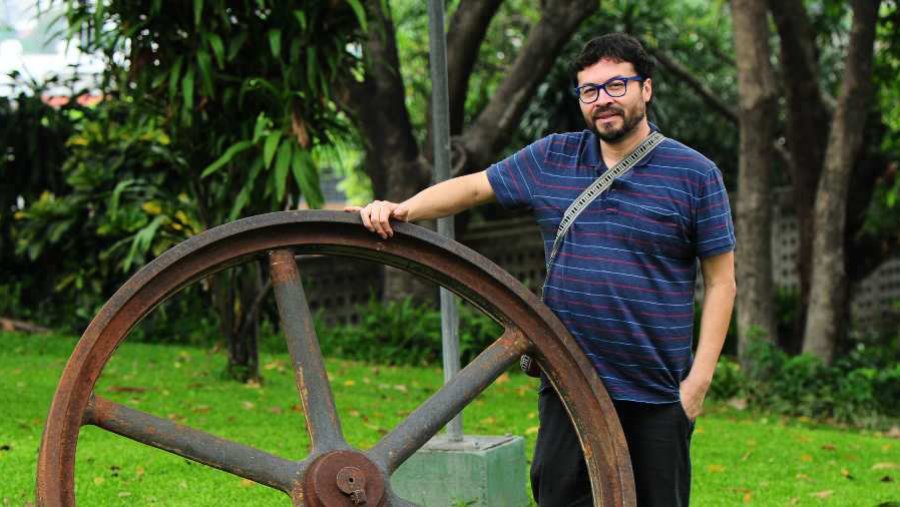 Relatives and friends had asked to pray for the health of the famous cartoonist, who had been hospitalized since last Wednesday in the intensive care unit.

Edwin Aguilar, a Salvadoran cartoonist who has drawn the Simpsons for more than 20 years, died this Saturday of a brain clot, his family members and friends have confirmed.

According to sources close to the artist, Edwin stayed for a few days in the hospital in Los Angeles, in the intensive care area, after suffering a “stroke.” He asked his relatives on social media to pray for his speedy recovery.

For more than two decades, this talented Salvadoran was responsible for drawing the characters Homero, Bart, Lisa, Marge and Maggie, from the series The Simpsons, a production in which he worked as an assistant director.

Edwin Aguilar has its origins in the canton of El Carao in the province of San Miguel in the eastern part of the country. He was born in 1974. At the age of nine, he immigrated to the United States with his brother, where he used to meet his family in Los Angeles.

In an interview with El Diario de Hoy, Edwin commented that he left El Salvador in order not to be recruited by militia or armed forces during the armed conflict.

Read also: The story of Edwin Aguilar, a Salvadoran who painted “The Simpsons” for 20 years

His life changed far from El Salvador. Thanks to a scholarship to study illustration at the Art Center of Design in Pasadena, California, and animation at the Bridges Visual Institute in Santa Monica.

He started animation for “Graz Entertainment” when they produced “Transformers” and “GI-Joe”, then created episodes for Hanna-Barbera with “Pebbles” and “Bam-Bam”, then searched for work with author Chuck Jones, from the cartoons. Animated shorts such as “Merrie Melodies” and cartoon characters such as “Looney Tunes” by Warner Brothers.

In 1989, when Fox broadcast The Simpsons, created by Matt Groening, the Salvadoran underwent a pencil examination of the characters and agreed, signing a contract to become a designer of the Yellow Family’s cartoon characters.

After learning of his death, social networks monopolized many messages of condolences and memories of his life with friends, family and people who knew him.

Over the years, Edwin has always maintained a close relationship with El Salvador, returning regularly and taking the opportunity to share his knowledge of design and anime with children of children in different communities.

At this time, no further details have been given about the funeral work.