FIFA is committed to raising awareness of mental health 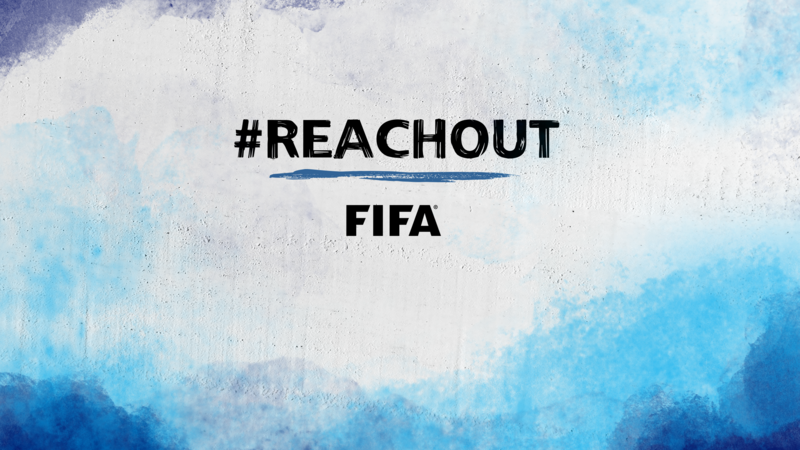 While mental health awareness was a key priority on the opening day of this year’s European Commission Sports Week, FIFA reaffirmed its commitment to promoting a better understanding of mental disorders and promoting dialogue that can save lives.

This year, on the occasion of the launch of the HealthyLifeStyle4All initiative by the European Commission, FIFA President Gianni Infantino has pledged to support the people of Europe and other parts of the world in ensuring mental health through #ReachOut, FIFA’s mental health awareness campaign developed in collaboration with the World Health Organization (WHO) With the support of the European Commission.

“The celebration of European Sports Week is a recognition of the great benefits that sport brings to our communities and our lives,” said Gianni Infantino, President of FIFA. “Being one of the first signatories of the commitment to the HealthyLifeStyle4All initiative is a privilege for FIFA. In line with the acquired responsibility, FIFA is launching the European version of its #ReachOut mental health campaign today, in collaboration with the World Health Organization and with the support of the European Commission.”

“Together with relevant personalities from the world of football and people who have the courage to share their life experiences, FIFA has used their voices to support those at risk of or living with mental disorders,” Infantino continued.

See also  Could Godzilla exist? This is the science behind the beast

Roberto Martinez is one of those great names on the footballing planet, who has spoken about the importance of ensuring the mental health of players, from young children to the brightest stars.

“We are at a good time to understand that behind every player there is a human being whose problems are no different from anyone else’s,” the Belgian coach stated in front of the FIFA microphones. A team can be a place where you are not allowed to show weaknesses, get sad or think that you may not have the right frame of mind.”

“I think mental health is a problem that we all face and that we must be aware of. We must have the courage to speak up and ask for help. It is a broad issue that we are well aware of in the Belgian Federation. As sports organisations, we have a very important responsibility to create environments in which any footballer can A foot or person associated with the sport should be free to raise their voices and feel supported in doing so, the coach insisted.

Tedros Adhanom Ghebreyesus, Director-General of the World Health Organization, who has supported the initiative since its inception, praised FIFA’s commitment to raising awareness of mental disorders through #ReachOut.

“There is still a great deal of misunderstanding, misinformation and misconceptions regarding mental health, as well as a lot of stigma that only makes matters worse and prevents people with mental disorders from receiving the care they need. Salud is pleased that It is collaborating with FIFA in the framework of the #ReachOut campaign in order to promote a better understanding of mental disorders, their prevention and treatment, as well as to encourage people suffering from this problem to seek help,” the leader noted. .

Maria Gabriel, European Commissioner for Innovation, Research, Culture, Education and Youth, made the following statements in relation to the initiative: “Football is a global language with a unique ability to convey messages across the planet. European Sports Week 1 Trust that this campaign jointly implemented by FIFA and Global Health will raise awareness about the importance of psychological well-being. Taking care of mental and physical health is part of a healthy lifestyle.”

Meanwhile, Stella Kyriakides, European Commissioner for Health and Food Safety, added: “Today we are joining hands with FIFA as part of our work to promote health, to encourage people to raise our voices and let them know that we are on their side. Through the ambitious new UEproSalud program and the European Plan to Combat Cancer, two essential parts From our concept of a strong European health union, we will help promote healthier lives and improve the well-being of our citizens, and the HealthyLifeStyle4All initiative will contribute to this work.”