Four reasons why users should stay away from Chivo Wallet 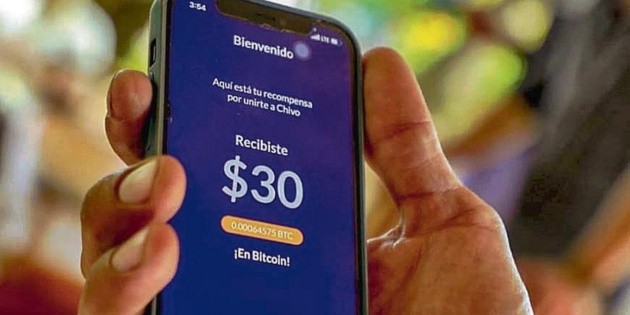 Nearly three months after its launch, Chivo Wallet continues to have the same connectivity and interface issues and doesn’t allow users to verify and explore their bitcoin transactions to Salvadorans, reports specialist website CriptoNoticias.

The article explains that although they did not use this wallet directly on their phones as foreigners, they were able to verify that in some cases there were problems with its use in El Salvador, which created incentives not to use this wallet.

Here are the top four reasons not to recommend this cryptocurrency wallet:

According to the experience of the author of the article, on at least two occasions he encountered “serious problems” when making payments from other Bitcoin wallets to a Chivo point of sale.

“In restaurants, when sending bitcoins over the chain or over the Lightning Network, both our wallets and the Bitcoin network showed successful payment completion. However, the recipient’s Chivo wallet did not show such payments in their internal balance and transaction history, as well as in the POS machines they You’re running the Chivo app, says the report, which adds that this “caused vendors to feel uncomfortable, possibly feeling scammed.” Not to mention a waste of time.”

On another occasion, they tried to withdraw bitcoin from a Chivo ATM and although the deposit transaction was sent to the network, the machine did not recognize it.

On the other hand, “one of the most disappointing points” is that Chivo users cannot check bitcoin transactions directly on their network, as they rely on the Chivo server to know their history.

“This has to do with the fact that Chivo users are not custodians of their coins. Salvadorans who use Chivo do not have access to the private keys of their wallet, which means a risk of losing money as well as privacy, as they rely on the platform to learn important data, from their balances to the transaction history,” Refers to CryptoNews.

This fact does not promote the self-sovereignty of money and is inconsistent with the non-mediation and elimination of third parties that Bitcoin proposes as a solution to financial problems that have plagued the world historically.

If a Chivo wallet holds funds, the information should appear completely and transparent, at least. However, CriptoNoticias stresses that “this is not the case and the user interface is a barrier to prevent this from happening.”

For example, the transaction history only shows its amount and date, but not the time and other important details, such as the number of confirmations it got, or the “on-chain” identifier to check in a block navigator.

Likewise, the option to receive transactions via Lightning, Bitcoin’s instant payment solution, is somewhat hidden, presented under the Other Wallets tab, as in cases where the customer has a wallet other than Chivo.

Therefore, an on-chain transaction must be executed many times and subjected to the confirmation times of the bitcoin network that has its raison d’être, but takes at least 10 minutes. The app itself isn’t very intuitive or fully responsive, as it sometimes hangs and doesn’t allow you to press buttons properly.

Looking at these events, the article posted on CriptoNoticias notes that it is understood that the Chivo wallet is not frequently used by Salvadorans to make payments, but more so for money transfers. However, this has only fueled ignorance, not only about her work, but also about Bitcoin and, accordingly, skepticism and frustration.