Gambier crowd to celebrate 30 years of neighborhood and cultural space 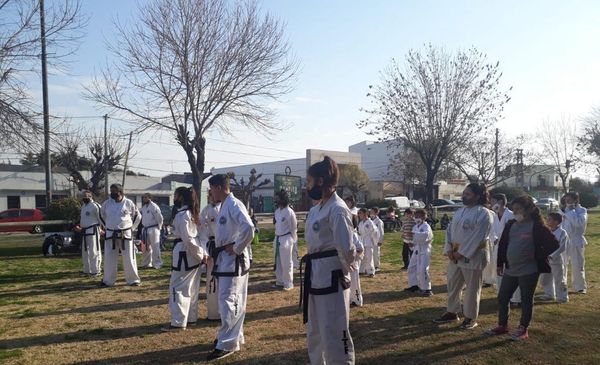 El Campito N°5 has started celebrating 30 years of its cultural initiatives at Gambir Station, and this weekend it will do so with a Tango Show and a Classic Car Show. The main events will take place on Saturday 4th September.

Next September 1 is the birthday of the Campito N° 5 entertainment and neighborhood center, but the main activities were expected to take place next Saturday at the entity’s facilities, on Avenida 31 and 49.

However, there were actually various activities at Gambir Regional Railway Station such as the San Caetano tribute; evoke the deceased partners; placement of platelets with accentuation of collaborators; Musical performances and martial arts shows.

The agenda will continue today from 2pm with a show from Casa del Tango and the Classic Car Show is scheduled for tomorrow all afternoon.

The central celebration will take place on Saturday 4th September from noon. Lunch will be served and there will be musical numbers, with tenor Rubén Dario Martinez and lyricist Paula Almeras as lead artists. Choir director Raul Salvaterra will also sing.

Regarding the current state of the entity, the directors expressed: “The committee that – through its own dynamics – develops, takes care and is interested in the improvement and expansion of facilities, as well as the care and hierarchy of green spaces.”

The proposal, as a space for culture, was also to be expected “to make it grow”. It was reported that recently the headquarters has been renovated and that there is an infrastructure for “the diverse expressions of the soul and the diverse and free communication and entertainment needs of our region, so that each day passes as a day of whole life, in short, living culture.”

He stressed that “freedom of access to cultural assets, their environments and gardens, benefits the citizen, to which we are committed more than ever, and we promote the meeting.”

The importance of improving the railway and developing the ambitious project of the National University of La Plata for the Technological Pole, was also emphasized in the regional workshops and the expansion of the university train. It was considered that these developments would also make it possible to empower the entire Gambir district.

“Given the historical possibility, with the ever-present railroad footprint, the dream is possible,” they ruled.

It should be noted that Gambier was the first station for passenger trains departing from La Plata for Avellaneda, a service that was offered for much of the 20th century, until the end of the 1970s.