IPN scientists discovered an anti-cancer probiotic from the pulp 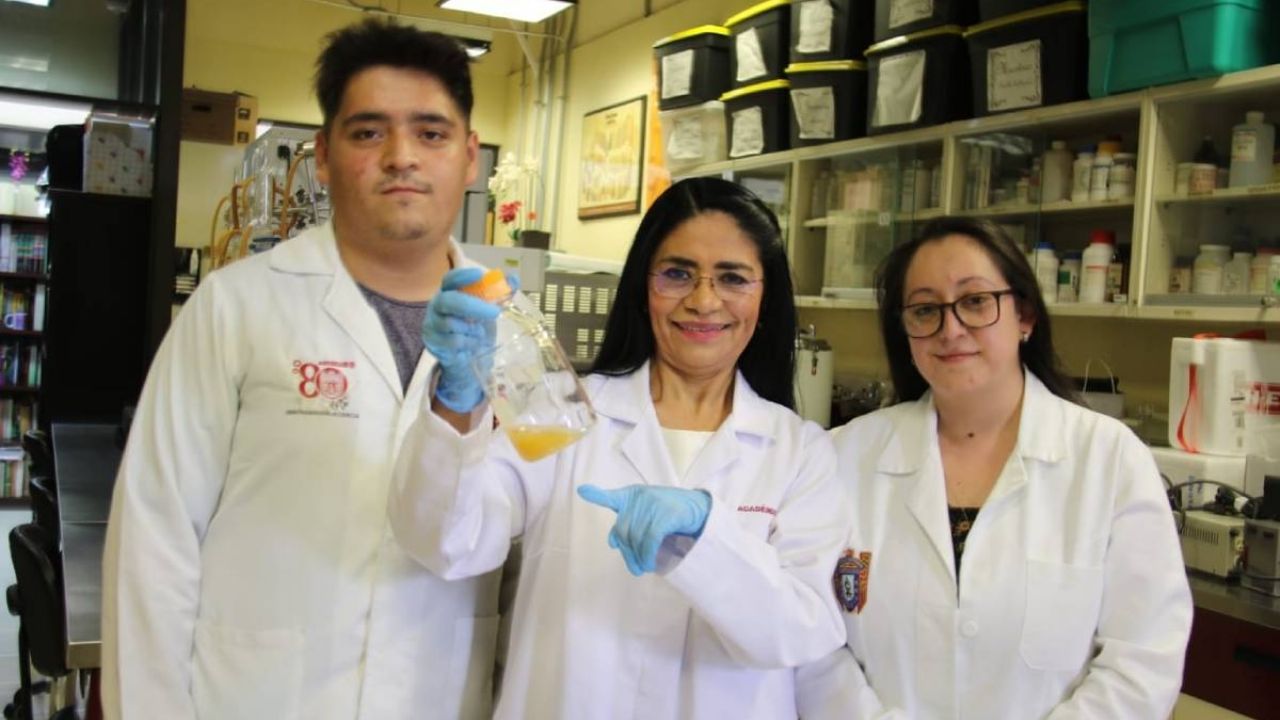 Mexico City (apro). Scientists from the National Polytechnic Institute (IPN) and the National Research Institute for Agriculture, Nutrition and Environment (INRAE) in France obtained an international patent for the discovery of lactic acid bacteria from the pulp, which has anti-cancer properties.

Snchez Pardo noted that the IPN’s joint international patent and INRAE ​​WO 2019/234076 A1 had its origins in the investigations it started in 2014 on pulp deposits.

Later on, he began with Dr. Bermdez Humarn to study the probiotic potential of the lactic acid bacteria present in this drink; Additionally, they studied other traditional Mexican drinks, although the progression with pulpy probiotics was greater.

A researcher in the Polytechnic School highlighted that the Lactobacillus brevis LBH1073 bacterium is endemic to Nanacamilpa, an area in Tlaxcala State.

He said that of the 20 strains isolated from freeze-dried xastle (pulp deposits), the one that demonstrated the best activity was to effectively and specifically inhibit the proliferation of the HT29, HTC116 and Caco2 cancer cell strains. Lactobacillus brevis has an effect similar to that of 5-fluorouracil, without causing any harmful effect on healthy cells.

In addition, he explained that the studies were conducted in France by Dr. Torres Maravella, who tested the effect of lactic acid bacteria in an animal model of colon cancer, as it confirmed the anti-cancer response. He said that this is a very important scientific achievement that opens the door to the possibility of obtaining a safe treatment against colon cancer.

He stressed that cooperation and knowledge exchange are essential for the advancement of science. This progression is proof of that, Edgar Torres Maravella was my MA and PhD student in Chemical and Biological Sciences at ENCB, went on the exchange to INRAE ​​and concluded that the Lactobacillus sanfranciscensis strain, derived from the pulp, has a potential effect on treating inflammatory bowel disease (IBD). ), This finding has been published in an international journal, he holds a PhD and is now a collaborating scientist at INRAE ​​in France, he notes.

Mara Elena Sanchez reported that after obtaining the patent, Dr. Luis Pirmidze Homarn was able to transfer the technology to the United States, Canada and the European Union. He concluded that obtaining the patent motivates us to continue this type of research on traditional Mexican fermented drinks, where it is possible to find lactic acid bacteria with probiotic properties that help to care for the health of the population.