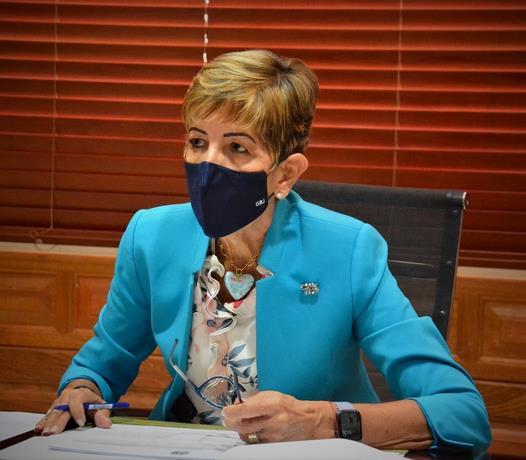 Senator from Puerto Plata, Ginette Burnigal, claimed he was heartbroken after learning of the PRM’s decision to return Santiago Senator Eduardo Estrella to the presidency of the Senate.

When interviewed on the “Tu Mañana” programme, produced by the audiovisual portal Cachicha, Burengal said she also learned of this decision through the media because she was not a participant in the executive management meeting and that she had not consulted him, nor she nor the other applicants for the position.

Yesterday, PRM President José Ignacio Paliza stated that the executive leadership of that political organization had decided to reinstate Estrella and Alfredo Pacheco as presidents of both legislatures.

Likewise, all positions in the management offices of both Houses have been ratified. PRM has a majority in both bicycles and can easily decide who will head the legislative spaces. This will be the second consecutive year for Eduardo Estrella and Alfredo Pacheco to chair the two chambers.

“I discovered the same thing as you, I learned the same. And I just want to say that I was aspiring because I thought I had the right to be a partisan, and I will make no further comments, but I thought I was in the modern revolutionary party.”

I repeat, the name of the party includes many things… The only thing I regret as I said is to find out from the press at this beautiful time of communication and I will stick to what my party says but I feel very sad.

There have been more candidates who deserve just as much respect as me, for I believe that a senator from a county, however small, is equal to the others. I have no more comments to say. I only regret that I learned from the press and that there was a compromise, and there was an agreement, which was ratified with Mr. Eduardo Estrella, that I had no knowledge and found just like you from the press and I am only sorry that we are at a recent party.

I hope that my words reach, my feelings also, what I say to you is very easy to understand and I leave it as wide as it is said in Mocha.”