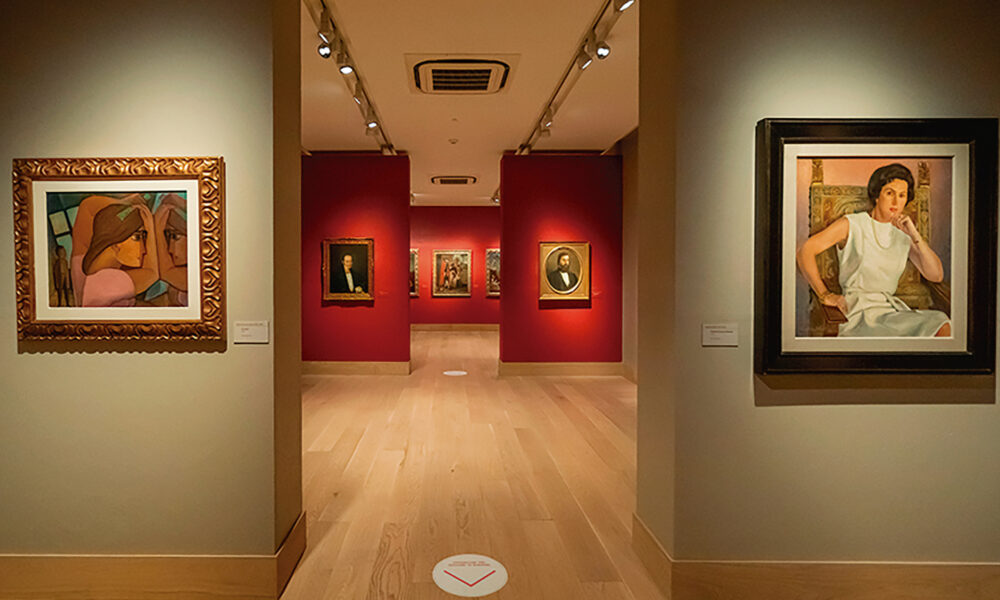 A week after the end of October, the Calloz Museum opens in Mexico City, which is located in what was formerly known as the old hospice in Santo Tomas de Villanueva that was during the 20th century.It was a Hotel de Curtis.

The National Institute of Anthropology and History (INAH) together with the architect Francisco Perez de Salazar were responsible for the architectural intervention and transformation of the museum. According to Antonio del Valle Ruiz, site founder and president of Grupo Kaluz, restoration work has included archaeological excavations, architectural findings and an urban garden.

The remodeled building, located on Avenida Hidalgo No. 85, in the Historic Center of Mexico City, welcomed the audience with “the Mexicans and Mexicans of the Calloz Collection” of more than two hundred works spanning a period of 250 years.

Del Valle Ruiz noted this The aim of the exhibition is to contribute to the restoration and preservation of the Mexican artistic heritage; Explode their knowledge by studying and publishing works and authors; And strengthening the sense of self-identity through demonstrations close to the reality and visual imagination of the country.

In addition to the various exhibition spaces, you can also enjoy a terrace overlooking Alameda Central, where the “Antonio Café” is located, a canteen, ballroom, shop and central courtyard, as well as public workshops, seminars and programs.

See also  Private health policies increase by 8% in Navarre, despite being the community with the lowest insurance rate

It should be noted that this property was founded by the Kalloz Foundation, which not only contributed to the museum, but also helped to restore the Avenida Hidalgo and a large part of Santa Maria la Redonda., Areas that are part of the Polygon A Restoration Project of the Historic Center.

Through social networks, The Kalaus Museum indicated that all necessary preventive health measures will be applied to ensure a safe tripTo visit it, tickets must be booked on the museum’s website: https://museokaluz.org/

Visiting hours are Thursdays and Fridays from 10am to 5pm, and Saturdays and Sundays from 11am to 6pm, and only 12 people are allowed to book every half hour.

This is a text from the 123rd edition https://inmobiliare.com/inmobiliare-123/