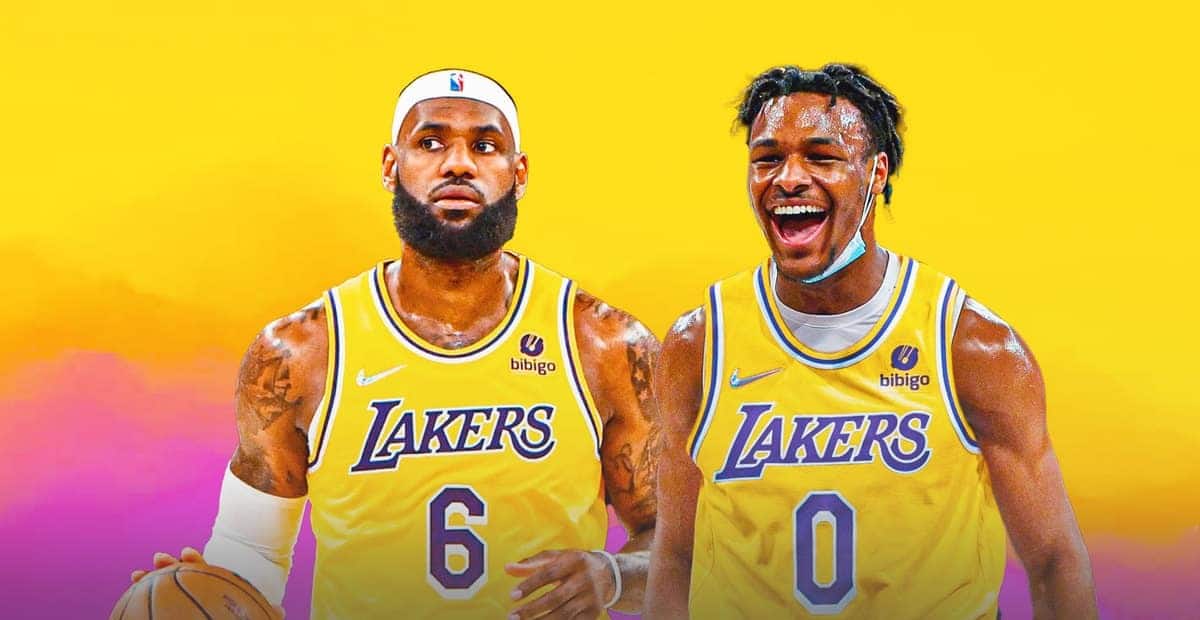 LeBron James of the Los Angeles Lakers spoke about watching his son Bronny James play at Staples Center on Saturday.

“I think it was a proud moment for my dad: watching my kids play basketball, which they love to do. Both. He has always taught you to play hard, to have fun and to stretch, before every game… Be a great member of the team and play the game you love.” To be there on a Saturday night at Staples, where my house is…and to see the way my eldest son behaves in front of all our family and friends…nothing brings me more happiness.”

Bronny managed to have an excellent match at the Lakers arena and make his teams pops proud.

When LeBron was asked if his son could play with him in the NBA (probably the Lakers), he said this:

“Absolutely. My son is trying. We never talk about it but his dream is to play in the NBA, that’s what he hopes, to be in the NBA.”

If the NBA has to worry about another LeBron James, they have a big problem. He was arguably the greatest player of all time throughout his long career. He helped lead the Lakers to the NBA title in only his second season in Los Angeles. LeBron will be looking to do the same this year, but the task will be more difficult than it could have been. The Lakers had some unfortunate injuries and they didn’t click the way they had hoped.