Maduro asks Colombia to coordinate reopening of borders with Venezuela: “hard way, nothing” 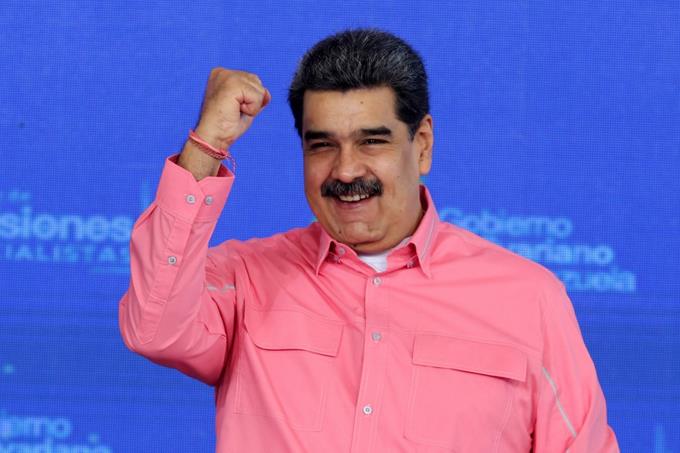 Venezuela’s President Nicolas Maduro asked Colombia on Sunday to coordinate the reopening of the common border against the Ivan Duque government’s plans to reopen them on June 1, and warned that “nothing unilateral will succeed”.

“For good, you can open the borders,” said Maduro, who accused Duque of seeking “to disturb the borders” in order to “divert attention” from the mass protests that have paralyzed his country.

“They are talking about opening the borders unilaterally from Colombia. I tell them: Something unilaterally will not work,” he said on state television.

The Socialist President has expressed concern about the COVID-19 pandemic, for which he has proposed setting up “biosafety measures” at the crossings.

Last Wednesday, Colombia reopened the land, river and sea borders it closed more than a year ago due to the epidemic, with the exception of those it shares with Venezuela. However, Ecuador and Panama maintained restrictions.

Colombia justified the reopening as a means of “progress” in “economic revitalization” of the border regions.

The Colombian Ministry of Foreign Affairs announced on Twitter that the authorities are studying “the possibility of opening the borders with Venezuela, while complying with special measures, as of June 1”. Immigration reported inspections of major international bridges.

The two countries share a 2,200 km long border with dozens of illegal crossings controlled by smugglers and armed groups. Irregular clashes between the Venezuelan and Colombian army, described by the press and the opposition as defectors from the dissolved FARC, have been recorded in the past weeks in Apure (western Venezuela), with 16 members of the Venezuelan armed forces killed, according to the official account and thousands of displaced civilians.

See also  Wang Jing congratulates Ortega on the separation from Taiwan. He says it was a "wise decision" without saying anything about the inter-channel.

Colombia, with a population of 50 million, records more than 3 million infections and 84,000 deaths from COVID-19.

Venezuela, with 30 million, as of Saturday had just over 220,000 cases and nearly 2,500 deaths were reported, numbers that organizations like Human Rights Watch have disputed, which have decried the high registration rates.