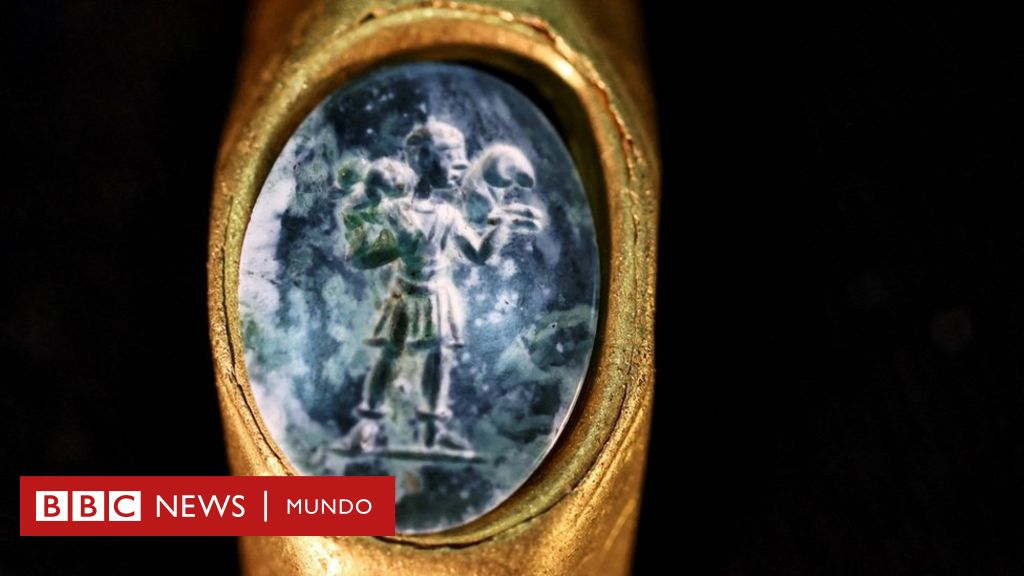 This is how the Israel Antiquities Authority described a Roman-era gold ring with an image used by early Christians to symbolize Jesus that archaeologists found off the coast of Israel on the Mediterranean.

The agency said that the jewel has a green gemstone carved in the shape of a shepherd carrying a sheep on his shoulders.

In the Bible, Jesus describes himself as “Good Shepherd”.

The ring was one of the items discovered in two shipwrecks near the ancient port of Caesarea.

Other treasures include Hundreds of Roman Silver and Bronze Coins From the middle of the third century and a large shipment of silver coins from the beginning of the fourteenth century.

Archaeologists have also found figures from the Roman era in the form of an eagle and a stage actor with a comic mask. Bronze bells designed to ward off evil spirits and a red gemstone ring carved with a lyre.

The Israel Antiquities Authority said that the remains of ships’ hulls and their cargo were found scattered at the seabed at a depth of about 4 meters.

“The ships may have been moored nearby and were destroyed by a storm,” Jacob Charvet of the agency’s marine archeology unit said.

See also  Peru calls for consultations with the ambassadors of Mexico, Argentina, Colombia and Bolivia | international

Caesarea was home to one of the oldest Christian communities and, according to the New Testament, was the place where the apostle Peter Cornelius baptized the centurion, the first non-Jew (not a Jew, pagan, or foreigner) to convert to the Christian faith.

“This is the first case in which a non-Jew has been accepted into the Christian community,” Sharvitt explained. “From here, the Christian religion began to spread throughout the world.”