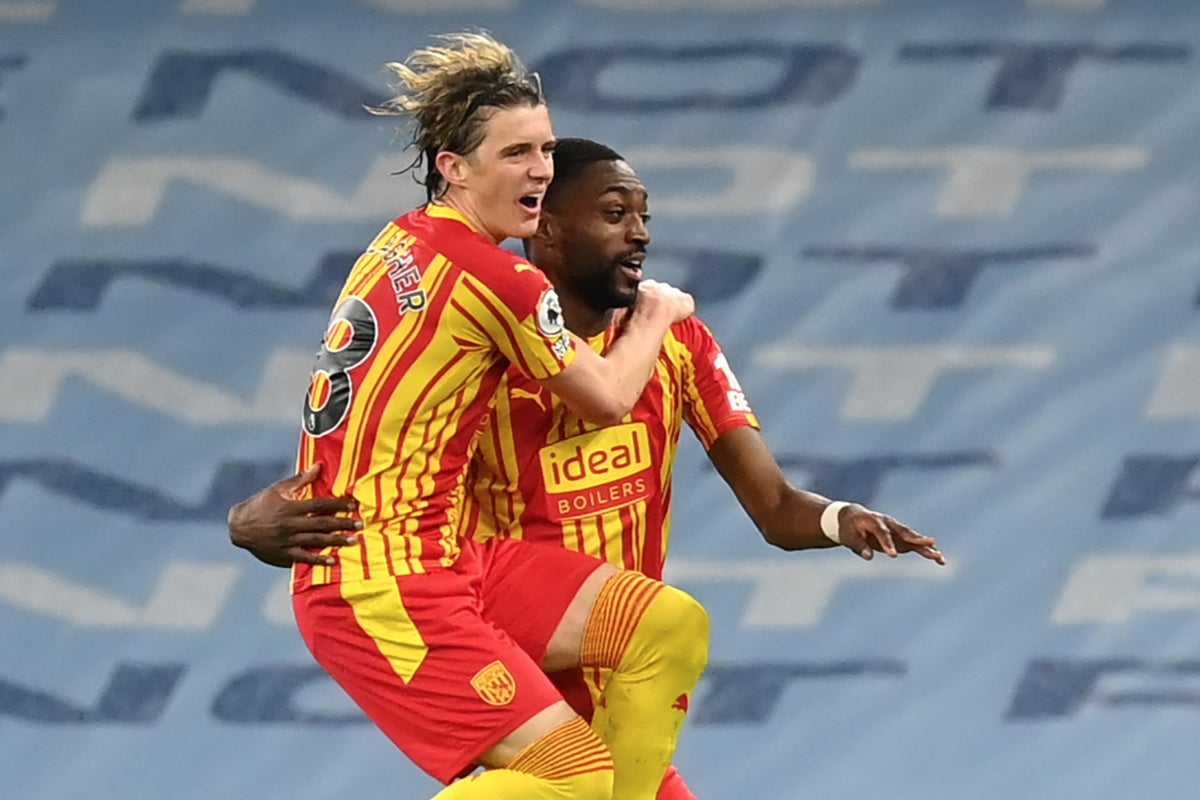 Contradictions have been firmly stacked up against the fighting backpackers as they travel to Etihad Stadium tonight.

Slaven Flick’s exit fighters have had a win to their name since returning to the Premier League, and have only taken one point on the road so far this season.

With a kick-off scheduled for GMT at 8pm, follow all build and live competition activities on Standard Sport’s blog below.

Johnstone’s terribly late savings protect the Pokeys an impossible, reassuring point – only their second on the road this season.

A fantastic defensive display built on unstoppable regression, determination, discipline and commitment. Flick will be happy.

94 minutes: Another powerful archive from Johnstone in Death!

This time his right opener stops a header from the unmarked sterling, who was taken deep by De Bruyne. Clever.

93 minutes: Sawyer’s whistle blows for a scam on Sterling to give City another great opportunity.

Johnston is on his knees when he sees a crack attempt in the side net from the Kundokan crash.

87 minutes: Sterling charges in the middle for City and throws the ball to Aguero, whose incredible finish flies wide.

Time is running out for the men of Cardiola here.

Of Livermore and Phillips.

85 minutes: De Bruyne easily rolls his right foot effort around the wall, but Johnstone lands a strong one-handed save.

84 minutes: Gundokan exaggerates a pass from inside the D, but his blushes are saved as he earns a free-kick for the contact he made after releasing the ball.

80 minutes: Within the last 10 minutes. The city gets another corner after good defenses from Phillips, but they can’t use it.

77 minutes: A fierce drive from the walker is diverted backwards by Oshia.

Ajay – who was better tonight – then goes to another city corner.

The perfect back for wall things now from West Brom. Can they catch a valuable point?