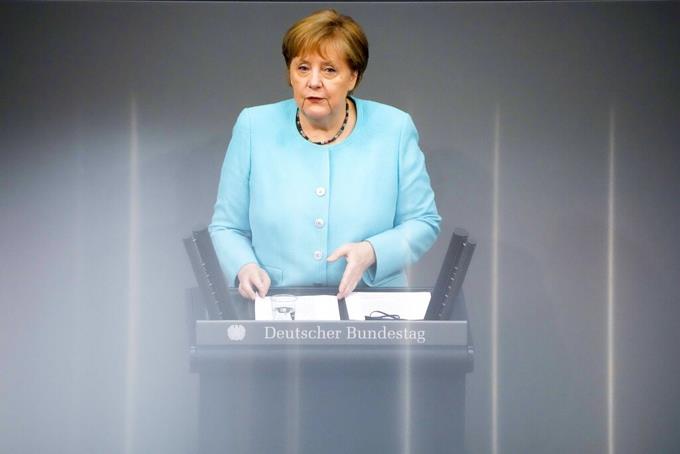 German Chancellor Angela Merkel warned on Thursday that Europe was “on a tightrope” in its battle against the coronavirus as the contagious delta type of coronavirus threatens to undo progress in curbing infections.

And in what could be her last official appearance before the German parliament, Merkel said that continuing the response to the pandemic would be a priority topic at Thursday’s European Union Heads of Government meeting in Brussels.

He noted that the number of COVID-19 cases in the 27-nation bloc continues to decline as the vaccination rate rises.

“But while there is cause for optimism, the epidemic is far from over, especially in the world’s poorest countries,” he said. “But in Germany and Europe we are still walking a tightrope as well.”

“We must remain vigilant,” he added. “In particular, the new variants, especially now the delta variant, are a warning for us to continue to be vigilant.”

European Union health authorities estimated on Wednesday that the delta variant would make up 90% of cases identified in the block by the end of August, reinforcing the need for full vaccination of the more people the better.

In Germany, the delta variant now accounts for about 15% of new cases, according to the country’s disease control agency.

Berlin has put pressure on its EU partners to take a common position on quarantining travelers from regions where the most worrisome variables are particularly prevalent. This includes England, where the delta variant – which was first discovered in India – already accounts for the majority of cases.