Miguel Buelo: “Pablo Ulloa and I have differences” 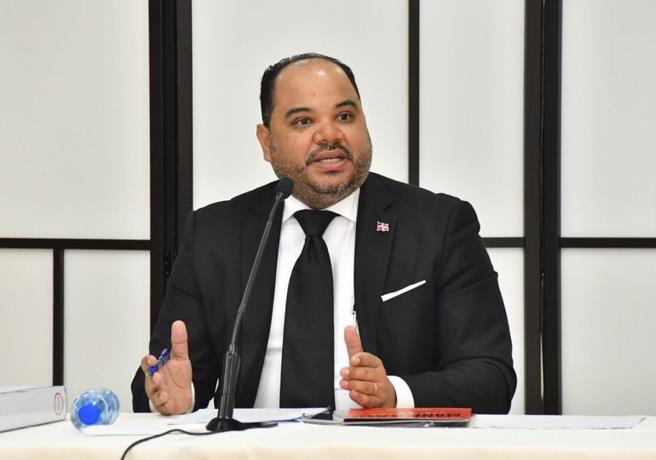 The second deputy ombudsman, Miguel Boelo, considered that the head of that institution, Pablo Ulloa, was trying to distract attention from the main contradiction that exists, by declaring that he was “unaware of the constitutional role of the body and Law 19-01 was created by the Ombudsman”.

He suggested that he stop along the way, having made it clear that the ombudsman is a modern, healthy institution, with little social recognition, called upon to play an important role in defending the rights of people as human beings in its relationship with the state. and public service providers.

“Let us do our best to unite our capabilities and will and work to transform the Ombudsman into a powerful institution of recognition and respect in Dominican society,” he recommended.

He emphasized that the differences consist in the fact that Pablo Ulloa understands that the Ombudsman is a single person, in contrast to his position, which asserts that the institution established under Law 19-01 is a collective institution.

“There is no doubt that Mr. Pablo Ulloa and I have differences in the strategic vision of how to strengthen the ombudsman, the way in which the institution’s resources are managed from the national budget, and the resources that the state receives from taxes which, with so many sacrifices, are “paid by the citizens,” Boelo said in a press release. Send to Listin Diario.

He noted that with regard to the role of surrogates, although it is true that their function is to compensate for the absence of the holder, Law 19-01 also states in Article 7, that surrogates, like deputies, have privileges and obligations similar to those of the Ombudsman.

He stated that the Chief Ombudsman, under the mandate of the law and his status as a public servant, was obligated to keep other members informed of administrative procedures and decisions, something the Ombudsman had never done.

He considered that the ombudsman could not amend the law to suit his personal interest, not to mention the inappropriate use of the institution’s resources.

“As far as I am concerned, I have never asked him for anything personal, I have no friends or family working in the institution, I have asked him for reports on the administrative organization and that he allows me to do the jobs that I have like a second alternative and he has a defense attorney and that is why he is angry with me because he understands That no one can ask him to act transparently.”

On August 31, Puello published an approach in this newspaper, highlighting the controversy between the ombudsman. That is, with him as the second alternative and the chief ombudsman.

“There are people who spend their lives advocating a moral philosophy and requiring others to fulfill their obligations on the basis of moral and ethical values; and yet, when it comes to managing or directing public institutions, they act contrary to their preaching, and fill those who trusted them with frustration,” Boelho wrote.

He also raised: “How can I remain calm if my friend Pablo Ulloa does not invite to one meeting with the officials whom the legislator has entrusted with the responsibility of directing the Ombudsman for a whole year of administration (the bearer is the highest figure of the People’s Ombudsman, the two assistants and the alternate) “.

See also  ATTENTION: THIS IS HOW THE INVOICE AND ID WORK TO GET PASSPORT FROM TODAY

He considered it sad that after a year of management in that institution, its officials had never met.

Lack of consensus among advocates

They never met to receive a report on the assets and liabilities of the management led by Dr. Zoila Martinez.

Elected and elected officials sworn in by the legislature do not know what the ombudsman’s economic status is.