Ministry of Health calls for imprisonment in Almería: “the worst will come in the next fifteen days” 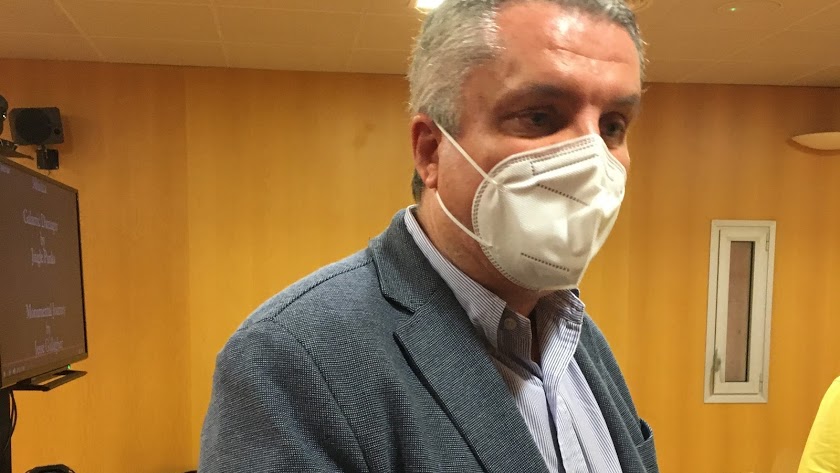 The health authorities in Almeria have been extremely concerned over the next 15 days since then, as announced by the Regional Health Representative of the Andalusian Military Council, Juan de la Cruz Belmonte, A “very strong wave” will reach the province’s hospitals. It was announced the same day that the province had broken its record in deaths of “15 very bad days coming.”

This is how Belmonte showed himself in an interview with Javier Romero on Cadena SER, where he warned that during these days we are suffering from the increase in positives that have occurred over the past weeks. “We are experiencing an increase in the number of cases that we have been retreating from since the end of the Christmas holidays After they were injured, they were transferred to hospitals. “We are in some very complicated days,” said the provincial health chief.

Faced with this alarming situation, Juan de la Cruz demanded Belmonte again to allow for surgical confinement in the province of Almeria in order to put an end to the constant increase in positives, which, he emphasized, translate into hospitalized patients, occupied intensive care beds and subsequently in deaths. “We need the necessary mechanisms to try to limit the increase in positives and That we can make home reservations and provide curfews“, claimed.

This, he emphasized, hospitals are now receiving a “very large” number of positives. “At the moment we are tolerating it well and the professionals are working meticulously to avoid the potential collapse that might happen, however The most worrying thing is what will arrive, the next 15 days will be very complicated.“The curve is stable, but a very strong wave will reach hospitals, so we are increasing the number of beds and intensive care units,” noted Belmont, who also wanted to highlight.

See also  The university is a space for discussion of ideas: Ricardo Monreale - El Occidental

“ 15 very bad days are coming. This month in February is the hardest we are going through and I ask residents to take responsibility. Let’s not go to our own interests. Raise the pressure of healthcare and let our health workers rest. “We will not lower our arms,” ​​he added.