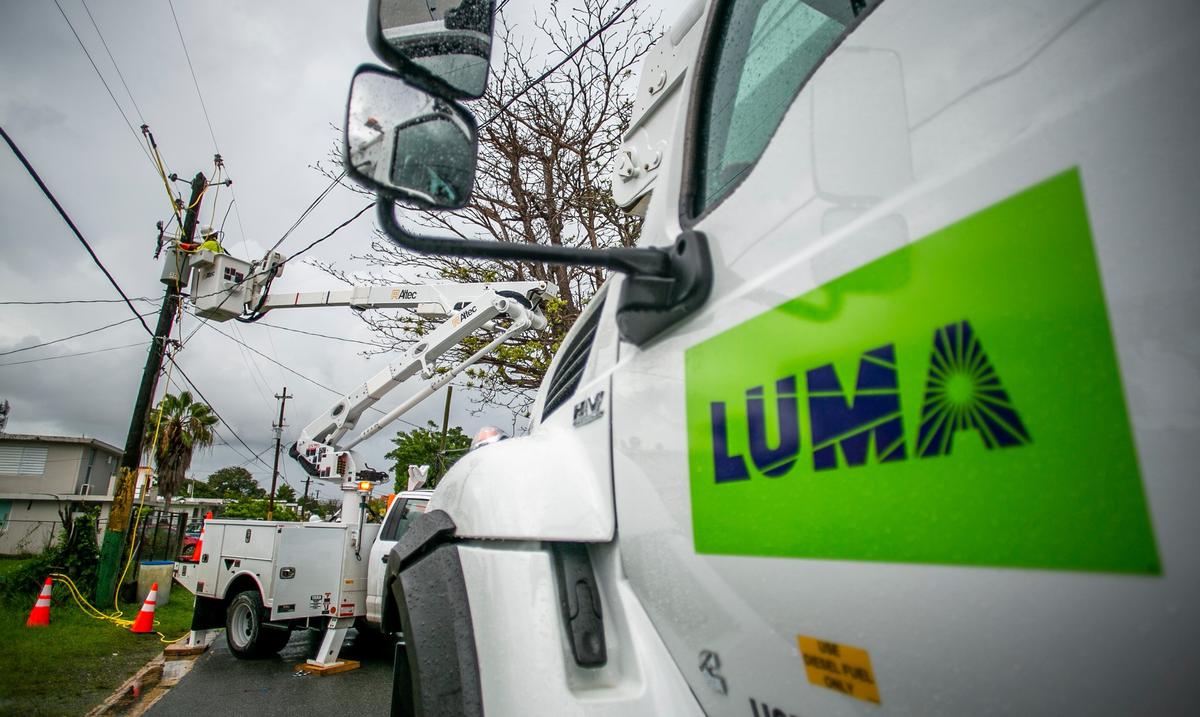 The passage of a tropical wave this Saturday through Puerto Rico left more than 41,000 customers of the consortium early in the afternoon Loma Energy There is no electrical service.

According to the company’s website, By 1:30 p.m., there were 43,077 subscribers without power, mostly in the Caguas region, which at that time had 9% (22,609) of customers without service versus all of the consortium subscribers.

The next region with the most subscribers without service was San Juan with 9,547 or 3.77%.

new day It requested an interview with LUMA Energy to find out the status of the electrical service in the face of multiple outages, but the consortium was limited to sending email written statements in which it asserted that “Puerto Rico’s electrical grid is in a very fragile state.”

The company said on Twitter that several affected towns were Humacao, Jurabo and Yabukua after the feeder failed. However, the consortium did not specify the reasons for the occurrence of the alleged failure.

For its part, the Electric Power Authority (AEE) confirmed that it produces 100% of the energy demand that the island needs.

“We are sharing the graph with the state of the generation system. Currently, we are serving 100% of the energy demand and have an operating reserve of 1,397 MW,” the agency explained in a tweet.

now | We share the generation system status graph. Currently, we serve 100% of the energy demand and have an operating reserve of 1,397 MW. We keep working for Puerto Rico! Tweet embed Tweet embed pic.twitter.com/ujz77JkNfW

However, the Office of Emergency Management and Disaster Management (NMEAD) shared on his Twitter account that he had received reports of several sectors without electricity due to gusting winds that caused strong thunderstorms.

“All NMEAD and OMME areas are activated and awaiting any situation that occurs as a result of weather conditions and sea currents. So far, fallen branches and sectors without light due to gusts of wind have been reported.The agency tweeted.

The National Weather Service San Juan (SNM) reported this morning that strong winds of 40 mph (mph) or more were recorded in various parts of the eastern half of the island. Strongest El Cocal storm was reported in Yabucoa, rated at 50 mph at 11:51 a.m.

However, other sectors, in areas such as Arecibo and Ponce, experienced power outages this morning, despite the fact that so far this morning they did not receive such heavy rain as in the east of the island.

The outages in electrical service occur at a time when the seventh increase in the electric service bill took effect following a request from LUMA Energy to the Puerto Rico Energy Bureau. The consortium justified that the request for a new cost of kilowatt-hours is due to higher fuel prices.

In addition, the company confirmed on May 27 that She is ready To face hurricane season Which has already started and will continue until November 30.