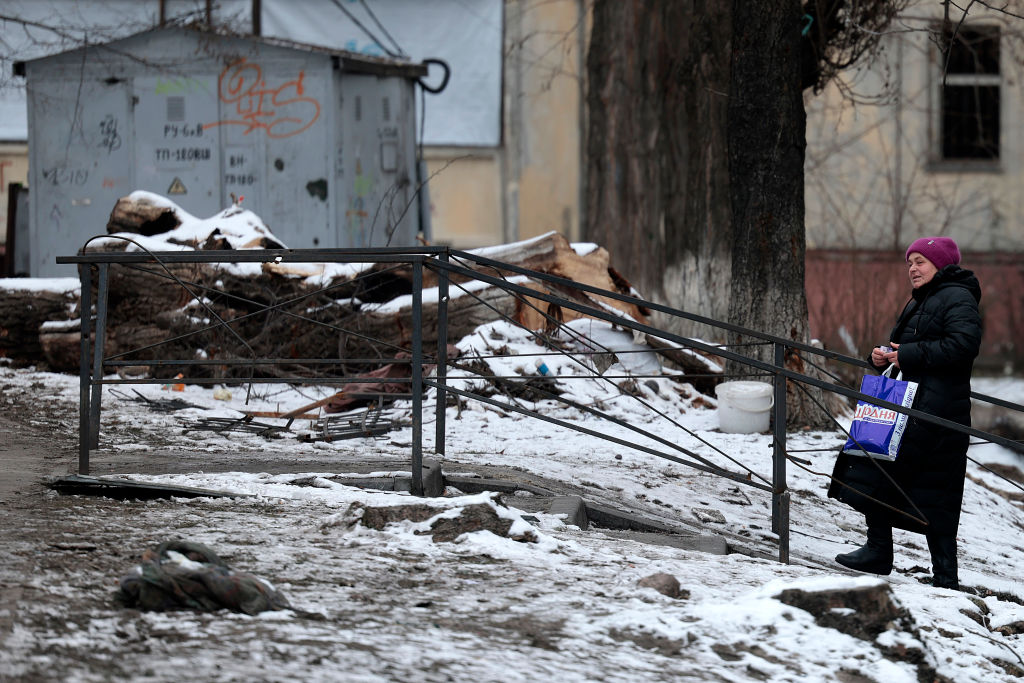 Fierce fighting on the corridor between Lysizansk and Pakmut in eastern Ukraine, according to officials

According to Ukrainian officials, fighting in eastern Ukraine continues to be concentrated in the Bakhmut region of Donetsk.

Serhiy Hayday, the head of the Luhansk regional military administration, told Ukrainian TV that “the Donetsk sector is very difficult because the Russians are trying to capture Pakmut, and all the settlements from Lysizansk to Pakmut are important for them.”

Lisychansk is located in the neighboring Luhansk region and was captured by Russian forces in June.

Heyday said the Ukrainian army destroyed “most of the occupiers’ personnel and their equipment” in the town of Bilohoryvka.

“Now they are planning to build an additional bridge to expand the attack and are trying to breach the defense line. There are 24-hour attacks and the area is under constant shelling. Six people are in the village; is it dealing with elderly people who don’t want to leave? It’s difficult to get those who don’t want to leave,” the official said. said.

Amid the difficult weather, Heyday said “the liberation of the Luhansk region is very difficult. However, there is one positive. Our troops are not far from Kreminna,” which is located north of Lisychansk and has been occupied since the spring.

He said the situation around Bagmuth is “very tense”.

“The enemy’s claims that Pakmut has been captured and that they are in the city’s borders are not true,” he said. “Most of the people have evacuated Bagmut. Before the invasion, there were 81,000 people in Bagmut, but now there are about 12,000 people. The enemy is trying to wipe out the population.”

The Ukrainian military said the center of Pakmutin was hit and an administrative building, a shelter and a residential building were damaged.

The Russians also shelled the town of Vuhledar, as well as Kurakhove and Hostre, damaging a kindergarten, four skyscrapers and seven private homes, Kyrylenko said.