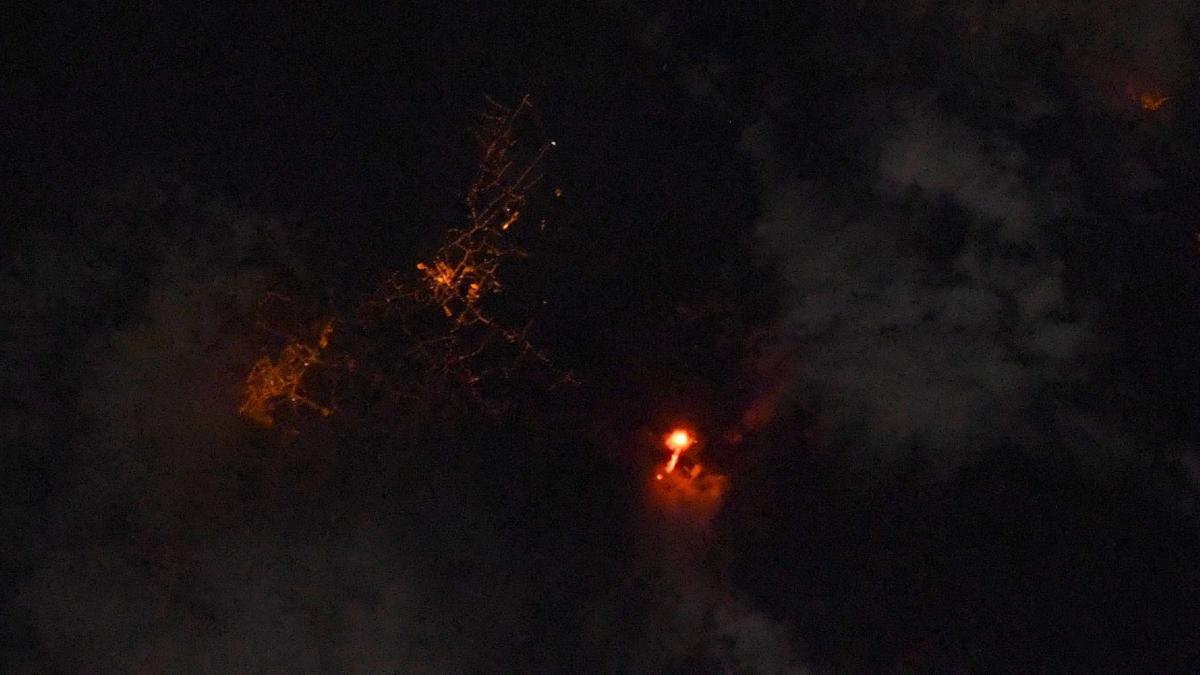 The Cumbre Vieja volcano in La Palma has not been extinguished. After stopping, it continues to expel lava, gases, and ash while the wash is expected to reach the sea at any moment. The landscape is changing and thus evacuations continue on the island.

Astronaut Thomas Pesquet, one of the crew members of the International Space Station, recently posted an impressive photo of Vesuvius, and on September 22, he surprised with a snapshot from space with Comper Vega being the hero.

From the International Space Station

The photo was taken by astronaut Thomas Bisquet

“La Palma volcano is in a state of eruption. The orange glow of lava, in contrast to the blackness of the Atlantic Ocean, is even more impressive. The glow of lava looks very close to the glow of city lights.”

NASA has now cropped and tweaked this image slightly by improving the contrast and removing lens effects so that the proximity of the lava to Los Llanos and El Paso can be better seen.

Waiting for the laundry to reach the sea at any time

The picture of space would be radically different if it were taken now. According to Copernicus, the European Union’s satellite monitoring service, Cumbre Vega has already destroyed more than 230 hectares since it erupted on September 19.

Once in the water, it is very likely that pools of toxic gases and explosions will form, which can pose a real danger to the inhabitants. Therefore, he advised neighbors to stay “in their homes, with doors and windows closed, until the situation is assessed tomorrow.”