Public Consultation on the Progress of Science and Technology Law Reform 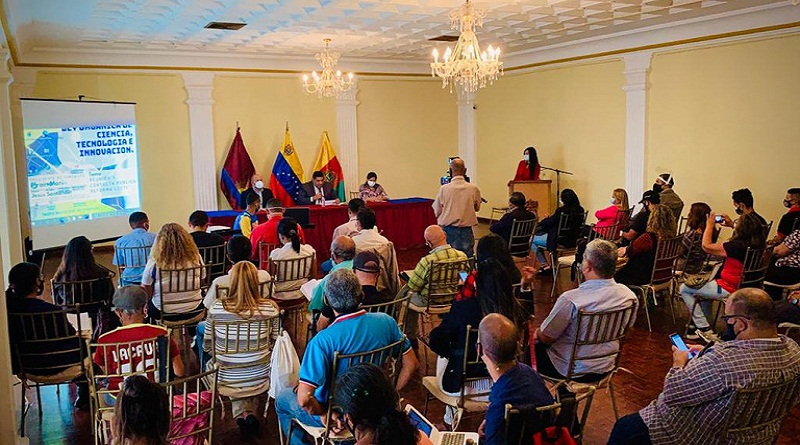 According to a press release issued by the press office of the National Assembly (AN), the chairperson of the committee, MP Ricardo Sanchez, stressed that the reform enhances the technological innovation capacity of the productive and academic sector, both in the public and private sectors. As well as strengthening the infrastructure and adequate equipment for support services for technological innovation enterprises.

Similarly, Sanchez reported that various meetings were held with the actors of the National Science, Technology and Innovation System and the speakers of the Presidential Council of Scientists and Innovators, as well as with the speakers of science and innovators in Carabobo State, where the participants added proposals, criticisms, contributions and proposals for the reform project.

“We will advance towards regional expansion to stabilize regional technical tables and continue to stimulate discussion, debate and necessary agitation as the role of the championship and participation will be our people, universities, FANB, the administrative body and its affiliated entities, the industrial and commercial sector,” the parliamentarian said.

The head of the said parliamentary body believes that the reform of this legal instrument consisting of 36 articles will allow the development of the latent capabilities of the state in the field of science, technology and innovation. “Today we envision science, technology and innovation at the four levels of government: at the national, regional and municipal levels, so that they have a tangible relevance in the daily lives of our people,” he said.

Subsequently, he emphasized that the reform also seeks to promote science and technology in agricultural and agro-industrial production, as this is a priority area for the country, in order to support the development of scientific, technological and innovative activities throughout the national territory, in order to counteract the effects of unilateral coercive measures that limit the Access to goods, services and supplies.

Finally, he added that much progress has been made in the detailed discussion article by article, bearing in mind that many of the proposals are structured, the central focus being scientific and technological strategies, the contemporary model of technology transfer in Venezuela and the strengthening of new state institutions.