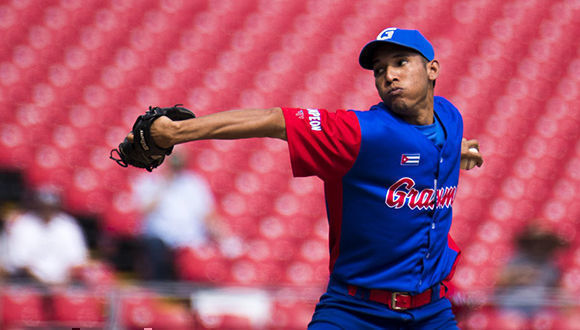 The Santiago Olfredo Garcia pitcher He died suddenly on Friday morning of a heart attack at the age of 27.

The athlete was at his home, in Los Altos, in the Santiago neighborhood on November 30, as he was recovering from an arm injury during the current Cuban baseball campaign.

Last year, during February, Ulfrido received a stem cell transplant in his shoulder due to erosion of a tendon, although the procedure was not entirely successful.

García Andujar was born on August 13, 1994 in the municipality of Songo la Maya in the province of Santiago de Cuba.

He debuted in 2013 in elite Cuban baseball.

During his sports career, he almost always played for Avispas de Santiago de Cuba, Totaled 45 wins, 60 losses, and a save game. Complete 15 challenges and reduce 50 in 50 matches.

In 2018, he participated in the Italian baseball league, with the Parma Clima team, and finished second.

Won the title of Cuban champion with the Granma teama group with which he will participate in the Caribbean Series that was held in the Mexican city of Guadalajara.

To all his family and friends, my deepest condolences go out to him on his passing.