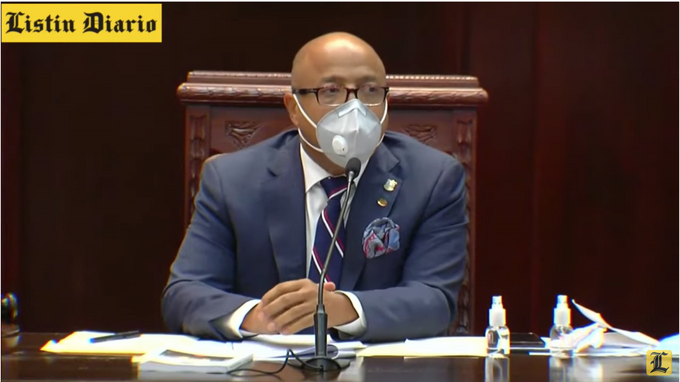 The House of Representatives approved a new $ 300 million loan to fund an emergency support program for the COVID-19 pandemic.

The contract, signed on March 16, 2021 between the country and the Andean Development Foundation (CAF), was soon known by the House of Representatives, so much so that there were complaints from opposition seats about how it was approved.

Because the House of Representatives was seated in the hall of the National Assembly, the vote was manual and the chair of that body, Alfredo Pacheco, implemented an odd method for re-validating the approval.

The situation began when the spokesperson of the Dominican Liberation Party (PLD) in the House of Representatives, Gustavo Sanchez, requested that the project be sent to the committee again to be recognized and explained the need for a new loan, but this was rejected.

Sanchez said: “We submitted a proposal to return the project to the committee, and put it to a vote and rejected it, and in the presence of 115 deputies, and 35 deputies from the Democratic Liberation Party left and from there any subsequent approval is illegal.”

It was at that time that the affirmative report was submitted to the committee for a vote and Pacheco approved it almost immediately, despite the fact that there was not a sufficient quorum.

Moments later, the opposition seats rose from their seats to demand a recount, Pacheco said all supporters should stand, and when they see everyone standing up, the chamber president approved the new loan.

Gustavo Sanchez described the measure as a “dictatorship” that the modern revolutionary party wanted to implement “to implement approvals that do not fully respond to the constitution or regulations.”