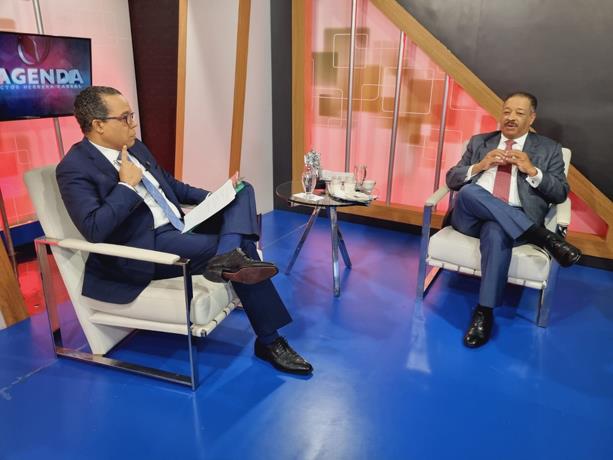 Dr. Roberto Rosario Marquez, member of the Political Directorate of the Fiorza del Pueblo party, considered this in Millionaire fraud perpetrated by Supérate Cards Officials are involved in the current government.

At the same time, he condemned the fact that the authorities intend only to hold a few Colmaderos responsible for this fact, when To commit a million dollar robbery like that, sophisticated technology was needed Which is not within the reach of these small traders.

The former head of the Central Electoral Council said that the most regrettable thing was that the theft was done against the poorest people, that is, those who get 200 or 500 pesos a month to be able to eat.

stressed that They commit this crime through groceriesBut grocers don’t commit it because they don’t have the equipment to do so.

Roberto, the leader of the popular power wing, noted a breakdown in the government’s social policy.

Rosario made the remarks during an interview with Hector Herrera Cabral on D’Agenda, which airs every Sunday on Telesistema 11 and TV Quisqueya for the United States.

Rosario also questioned the “chaos” prevailing in the Social Security system, where internal quarrels between incumbent officials, workers and the population at large prevent them from obtaining adequate health care.

Rosario gave as an example the problem that was created with Loss of more than NT$8000 from Workers’ pension funds.