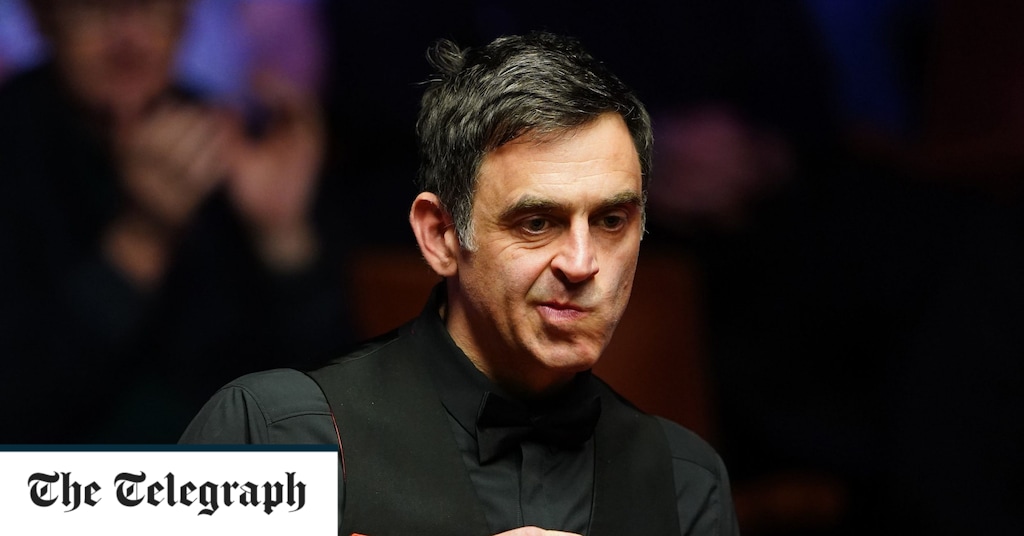 But, having returned angrily to his chair, the referee paused the match telling Trump to wait – and accused O’Sullivan of making an obscene gesture.

O’Sullivan vehemently denied the charge – and demanded “Tell me what you saw?” Then, angry: “You see nothing, do not start – go and look at the camera,” Martell pointed to the tag’s video.

Trump has been waiting to play his part all this time at a key point in the session. Then the unhappy scientist No. 4 joined in, inquiring how the official handled the issue.

After Martell told Trump “I had to say something,” Trump replied, “Couldn’t you have done that after the game?”

“They have hundreds of cameras outside and he can go and check them all. I wouldn’t get any because he’s just trying to create something.”

A statement issued by the World Snooker Tour after the second incident read: “Ronnie O’Sullivan received an official warning from the referee after a gesture he made in the eighth frame. There will be no further comment on this matter.”

This means he was walking a tightrope, with another warning meaning a tire is being docked, and another forcing him to concede to the final.

Although O’Sullivan vehemently denied this latest accusation of making a gesture, he was referred to the Disciplinary Committee over a separate incident earlier in the event.

Incredibly, it was O’Sullivan’s second encounter with the referee, with the two-day final in its early hours.