Scenes of pain after the massacre of 13 people in Guatemala 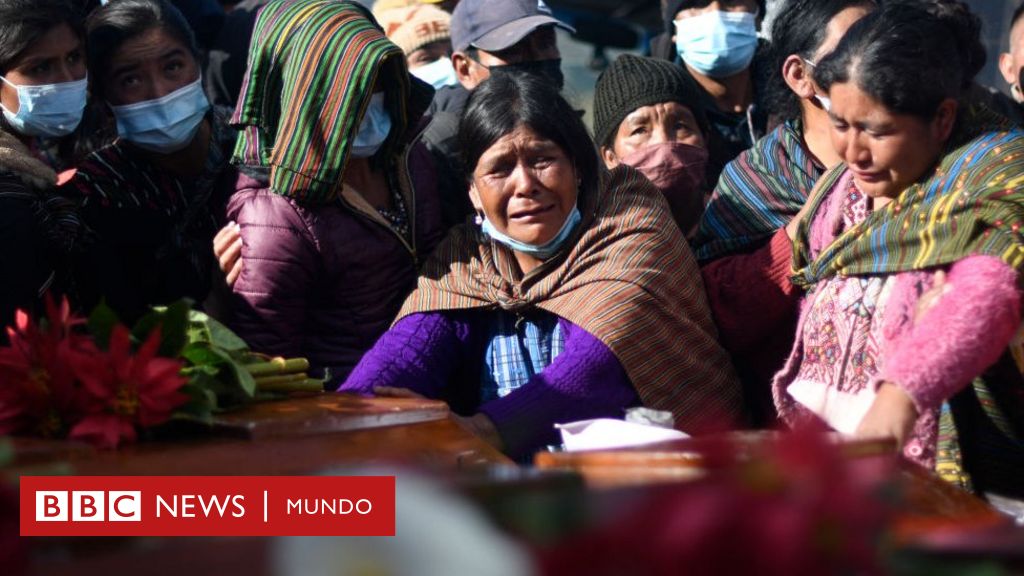 Scenes of intense pain were seen Monday at the funerals of some of the 13 people who died in the massacre this weekend in Solola department, western Guatemala.

The massacre took place between Friday and Saturday in the village of Chequex, as part of a territorial dispute that the indigenous population of the municipality of Santa Catarina Extoacán has maintained with the people of neighboring Nahuala for more than a century.

Among the dead were several women, children and elderly people. A policeman was also killed by some local villagers.

Police believe the standoff began on December 17 and continued until Saturday in the area about 160 km west of the Guatemalan capital.

President Alejandro Giamatti reported on Monday that he had requested approval of a state of siege for Santa Catarina, Extoacan and Nahuala, to prevent new violent incidents.

Meanwhile, dozens of Santa Catarina Extoacan residents gathered on Monday at the 171st kilometer of the Inter-American Route to express their rejection of the massacre and the authorities’ demand.

The conflict between the two communities is due to the fact that they share local water sources and roads that both claim to be their own.

According to the local press, Nahuala and Santa Catarina Extoacan are scenes of constant confrontations between residents with firearms, machetes or mobs.

Rodas confirmed that the victims of the massacre, after being ambushed and killed, “burned in the truck they were driving, and the children were dissected with machetes.”

Despite negotiations encouraged by the various governments, the dispute over land boundaries between the two cities of Solola was not resolved.

See also  What is lithium and what are the largest producers?