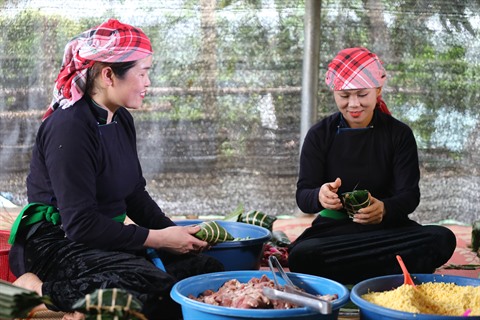 
According to Deputy Minister of Science and Technology Nguyên Hoàng Giang, the Program for Supporting the Application and Transfer of Scientific and Technological Developments to Promote Social and Economic Development in Rural, Mountain and Ethnic Minorities 2016-2025 (also called Rural and Mountain Regions Program 2016-2025) has created a bright spot in the application of scientific and technological developments In production, which made an important contribution to the implementation of the local program of sustainable social and economic development.


None For 2016-2020, this program has created 30 production models linked to the value chain; 14 models for IT applications; 27 high-tech models; Transferring 1,106 new technologies to 34 provinces and cities, which helps promote the social and economic development of these mountainous and ethnic areas.

Last July, the Ministry of Science and Technology and the Commission on Ethnic Affairs signed a program for coordinating activities for the period 2021-2030, with the aim of promoting technology transfer, especially new scientific and technological developments, adapted to ethnic minorities and mountainous regions. . In the service of economic and social development and poverty reduction.

In addition, the Ministry continues the Countryside and Mountain Program for the period 2016-2025, in order to promote projects that connect businesses and farmers.