Science.-China publishes new photos of its orbiter and Mars rover 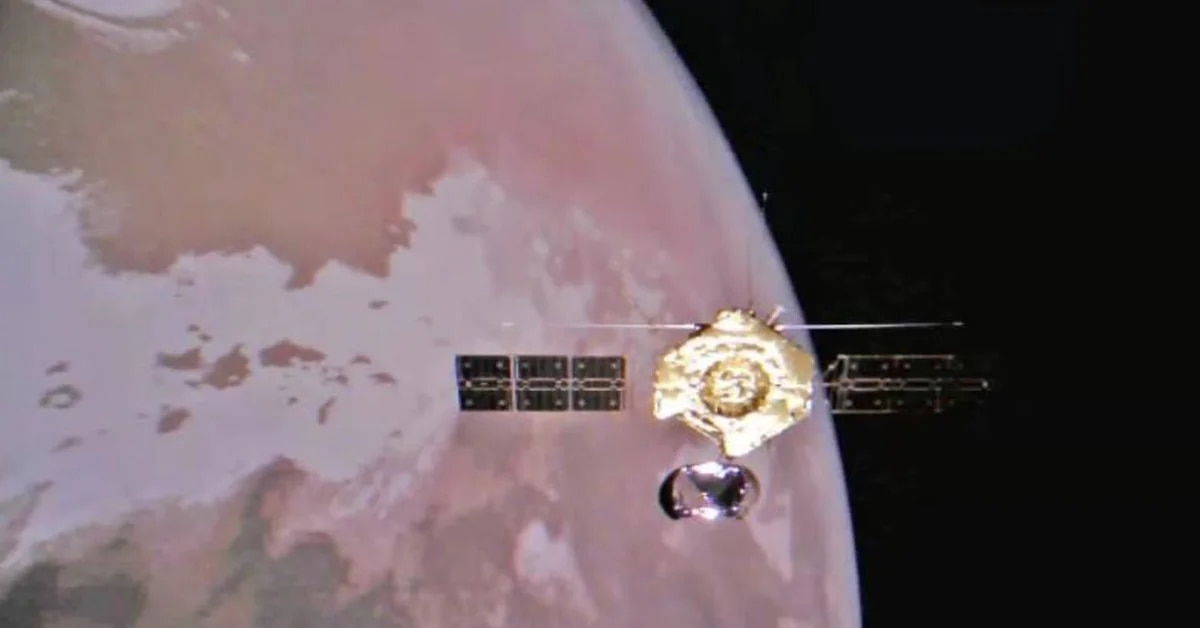 The China Aerospace Administration (CNSA) has released new images of Mars sent by the orbiting probe Tianwen-1 and its rover Zhurong on the surface of the red planet.

The images include a group photo of the rover and Mars, a close-up of the rover, the Mars north pole ice sheet as seen from orbit, and surface landscapes taken by the Zurong rover.

Launched in July 2020, the Tianwen 1 robotic probe, named after an ancient Chinese poem, traveled a total of 475 million kilometers and carried out several trajectory maneuvers before entering Mars orbit on February 10, 2021.

After more than three months of preparations, a landing capsule launched by the probe descended through the atmosphere of Mars and finally landed on the red planet on May 15, making China the second country after the United States. It successfully landed on Mars.

On May 22, the Chinese rover Zhurong was deployed to Mars, becoming the sixth rover on Mars, following five of its American predecessors.

As of Saturday morning, the 1.85-meter-tall, 240-kilogram Zurong had worked on the ground of Mars for 224 days, far exceeding an average life expectancy of three months. The rover had traveled more than 1,400 metres, according to CNSA.

The Tianwen-1 mission is carrying out the planned exploration and testing missions, obtaining about 560 gigabytes of data. Both the probe and rover are in good condition and operating normally.