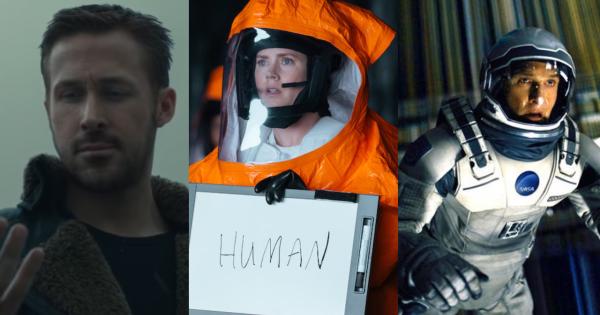 Science fiction has given us so many wonderful and entertaining stories that sometimes leave us with many questions while giving us a glimpse into a usually ruinous future. There are all kinds of stories, and that’s the amazing thing about the genre, because thanks to the fictional part, many filmmakers are free to tell whatever comes to mind without limitation; After all it is a common thing in movies that take place in space. But it’s good to find films that take the science part seriously and build stories that are consistent with what the scientific community is saying.

Do not miss it: Science fiction movies can only be understood by smart people

Not all movies are one hundred percent accurate, as the genre features taking real science aspects to amplify a very fictional story as well. However, there are directors who strive to show something more realistic and resort to theories accepted by scholars, or contact them directly for advice on the screenwriting process or even special effects. All with the intent that what the viewer sees is as accurate as possible, at least within the limits of what is known.

In recent years, it has become more common for science fiction to be more science fiction than fantasy despite the fact that it is inevitable that many other studios will prefer it in favor of entertainment. Although nothing can compare to a physics book or science article, these films have proven well-rounded by professionals who do not hesitate to praise the efforts of the team behind every story that hits the screen. Some of these titles are more popular than others, some are underrated, and some are truly classics.

These films manage to bring out their visual side or the story itself, but they have also won the attention and praise of the scientific community by also achieving their accuracy in what they show.

We recommend the following: Science fiction films from the 90s that predicted the future

Being based on a true story, it makes sense that this movie would be scientifically accurate. However, he has gone to great lengths to make the mission look more realistic to the point that it feels very close to a documentary. It helped the actors undergo training very similar to the astronauts who were on the actual mission and even had to learn a little physics and some of what’s in the NASA records. Part of what also gives it this accuracy is that it was possible to take multiple shots on a low-gravity plane to replicate the space environment.

The sequel directed by Denis Villeneuve will go down in history as the sequel that introduced the K homologue, which unearthed a dark secret from another version it spawned, but also because it shows a realistic representation of climate change and how the planet would be shattered if the controls weren’t. The weather throughout the movie is terrible, and while it’s not realistic for what the planet will look like in 2049, it’s an accurate representation of how climate change could ultimately destroy the planet in the coming decades.

The accuracy of this movie about a scientist trying to make first contact should come as no surprise since Carl Sagan co-wrote its outline. Several decades after its first show, Contact She’s aged well thanks to her scientific rigor for her realistic depiction of how to search for extraterrestrial life. The use of radio signals in film and foreign language translation using mathematical equations are firmly rooted in science, because mathematics is essentially a universal language.

His story follows an astronaut who goes through a personal crisis as he is about to complete a three-year mining mission on the moon. His job is to extract a precious resource called helium-3, which provides 70% of Earth’s energy in the movie world. Scientists have long believed that the Moon contains large amounts of helium-3, which if harnessed correctly could become an important source of energy in the future, so the hypothesis attracted the attention of the scientific community. An article about Scientific Americanpublished at the time, stated that this part of the plot coincides with accepted theories on the subject.

It makes sense that there would be realism in Christopher Nolan’s movie, and this movie focuses heavily on space travel, so the director worked closely with the theoretical physics professor to make sure everything was well represented. And yes, wormholes, time travel, and relativity adhere as closely as possible to accepted theories that the movie is even discussed in science classes. Due to the subtlety of some of the most important elements, Interstellar has been the subject of classroom conversations and even science articles suggest it’s the first Hollywood movie to attempt to represent a black hole as it can be seen up close.

The film focuses on working against the clock to find a way to communicate with aliens, which has brought him much praise. His interest in linguistics regarding extraterrestrial contact and the aspect of language decoding is spot on. The protagonists must learn the entire language to decipher the messages of the aliens. Other subtleties include the alien ship’s artificial gravity and the fact that aliens will in fact live in an atmosphere different from Earth’s.

An astronaut stuck on Mars after a violent storm and struggling to survive. It might be hard to believe a story, but that doesn’t stop it from being accurate on some things. One of the best of these is the travel time between Earth and Mars, which takes eight months with current technology. Another noteworthy subtlety is that it would be impossible to grow plants on Mars soil. The amount of dust demons seen throughout the film is another subtlety of the surface of Mars, and while it’s a little exciting, it’s no less realistic.

Stanley Kubrick’s masterpiece is considered one of the most scientifically accurate. Kubrick and co-writer Arthur C. Clarke meticulously researched the science of space travel and appears in the film, leaving the scientific community completely baffled by the way the initial launch looked. The film does very well with details that other movies in space continue to ignore, including real space, silence, astronaut food, depictions of centrifugal force, and more. In addition, it also contains one of the most accurate representations of artificial intelligence.

Continue reading: The best science fiction films of the decade according to critics