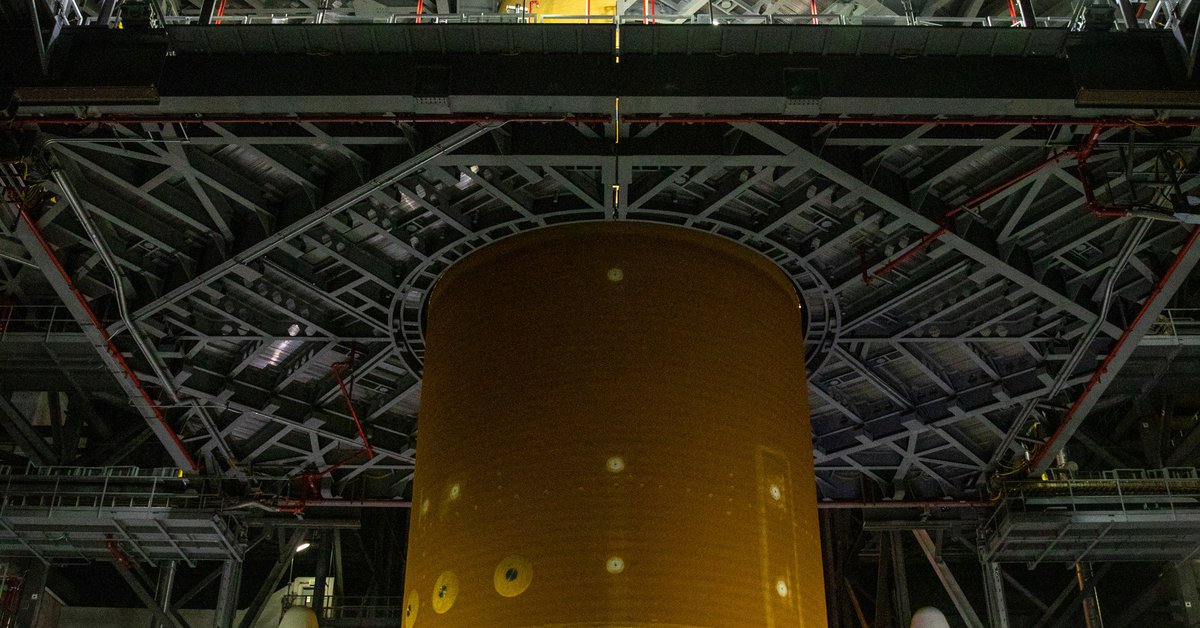 NASA engineers loaded the flight program onto the SLS moon rocket for the Artemis 1 mission on August 6 after turning on the primary stage containing the flight computers for the first time.

The flight program will help steer, fly, track and direct the 85-ton, 65-meter-long Space Launch System (SLS) rocket during launch and ascent. The flight, an unmanned round-trip around the moon, is expected by the end of the year.

With the software installed, the engineers who developed the flight program at NASA’s Marshall Space Flight Center support final checks and complete tests to certify the mission program.

The software is loaded into three flight computers, along with the avionics systems inside the SLS Missile Center. On launch day, dual SLS solid rocket boosters and four RS-25 engines will together produce more than 8.8 million pounds of thrust to send NASA’s Orion spacecraft to the moon.

Software and avionics work with the missile’s three flight computers to harness the missile’s power during boarding and communicate with the avionics systems inside the engines and thrusters. The same program is monitored in real time by NASA’s Exploration Ground Systems team at the agency’s Kennedy launch complex and SLS program engineers at the SLS Engineering Support Center in Marshall.

Once the missile and Orion are fully stacked and assembled on a mobile launcher, they will undergo many additional tests and checks before launch. The software is designed to be tested and approved for each launch window, so that climb-to-launch performance parameters can be updated to enhance mission success.

“The flight software test campaign for the Artemis I mission includes more than 300,000 different mission scenarios to meet all flight software requirements,” said Shaun Phillips, SLS Flight Software Project Team Leader, in a statement. “Each of these scenarios focuses on evaluating different interfaces and situations that a vehicle might encounter during launch and flight.”

NASA rigorously tests and evaluates all software and hardware for each stage of the Artemis I mission to ensure it meets safety requirements and is fully qualified for manned spaceflight.