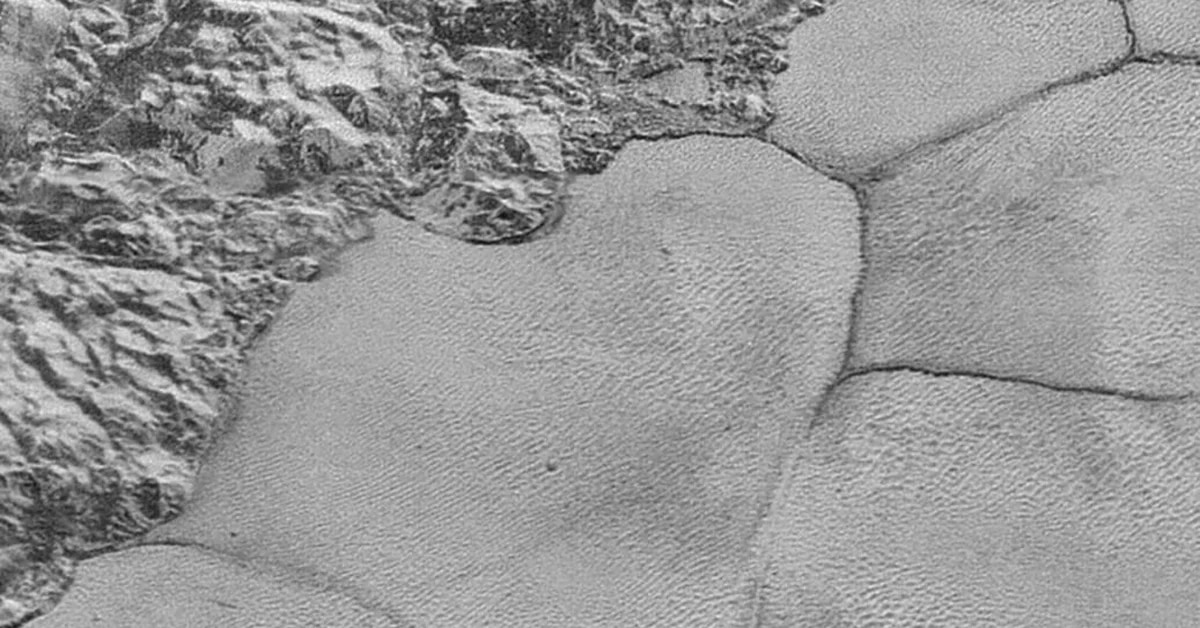 It’s a bright plain, slightly larger than France, and filled with icy nitrogen, which was captured in detail during the flyby of NASA’s New Horizons mission in 2015.

In a new study, researchers used advanced modeling techniques to show that these polygons of ice form through ice sublimation, a phenomenon in which solid ice can turn into a gas without going through a liquid state.

The team shows that this sublimation of nitrogen ice drives convection in the Sputnik Planitia ice sheet by cooling its surface. The discovery was published in the journal Nature.

Dr Adrian Morrison, a researcher in the University of Exeter’s Department of Physics and Astronomy and co-author of the study, said: ‘When the New Horizons space probe made the only flyby of Pluto so far in 2015, the data collected was enough to dramatically change our understanding of this distant world.

“In particular, it showed that Pluto is still geologically active despite being far from the Sun and having limited internal energy sources. This includes it in Sputnik Planitia, where surface conditions allow nitrogen gas in its atmosphere to coexist with nitrogen.”

“We know that the ice surface exhibits remarkable polygonal features, formed by convection in nitrogen ice, which constantly regulates and renews the ice surface. However, questions remain behind how this process occurs.”

In the new study, the research team ran a series of numerical simulations showing that sublimation cooling can drive convection in a way that is consistent with many data coming from New Horizons, including polygon size, terrain amplitude and surface velocities.

It also corresponds to the time scale in which climate models predict the sublimation of Sputnik Planitia, which began about 1 to 2 million years ago. He showed that the dynamics of this nitrogen ice sheet echoes found in Earth’s oceans, driven by climate.

Such climatic dynamics of the solid layer can also occur on the surface of other planetary bodies, such as Triton (one of the moons of Neptune) or Eris and Makemake (from the Kuiper belt).