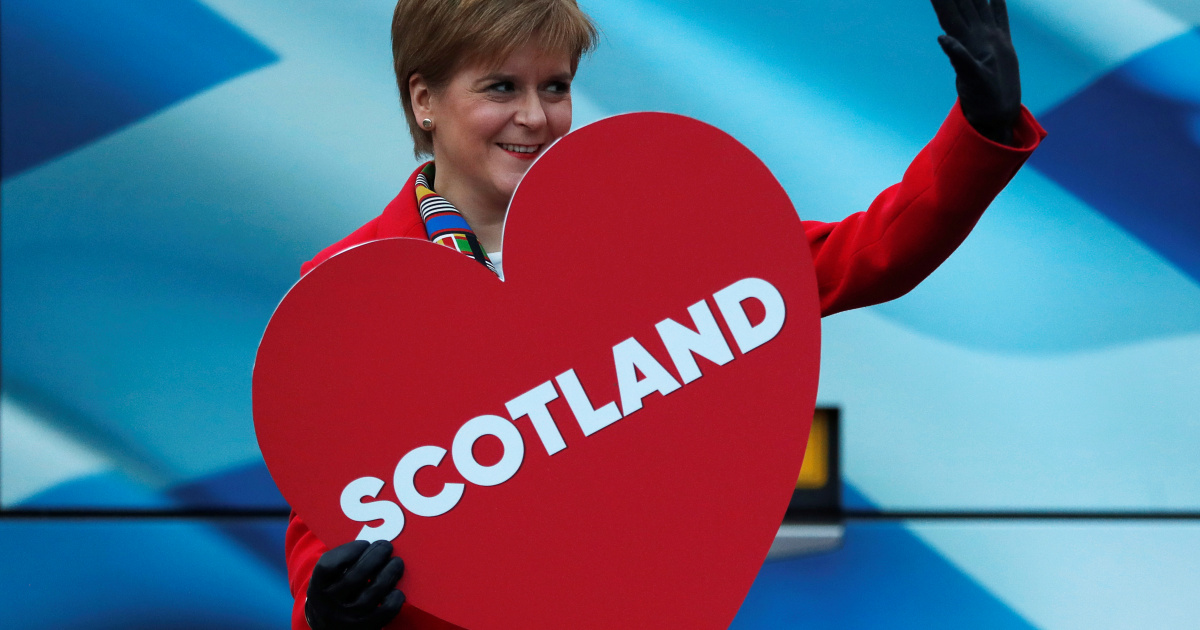 Scotland’s First Minister, Nicola Sturgeon, said she will press ahead with her plans to hold a “legal” referendum on independence from Britain if her party gains a majority in opinion polls later this year, despite London’s opposition.

Scotland voted against independence by 55% to 45% in the 2014 referendum. But the majority of Scots also supported remaining in the European Union in the subsequent Brexit vote of 2016, sparking demands by Scottish nationalists for a new vote on independence after the UK as a whole voted to leave the bloc.

Sturgeon said Sunday that she would seek a new referendum if her Scottish National Party (SNP) won a strong showing in the Scottish Parliamentary elections in May – although British Prime Minister Boris Johnson said such a vote should only take place once per generation.

“I want to hold a legal referendum,” she told BBC television. “This is what I will seek to obtain the power of the Scottish people for in May, and if they give me this authority, that is what I intend to do.”

“He is afraid of democracy,” Sturgeon said, referring to Johnson.

“If the Scottish National Party wins the Scottish election in a few months’ time by proposing to give the people that choice, then which Democrat would really stand in the way of that?” “Polls now show that the majority of people in Scotland want independence,” she added.

Johnson says the Scottish National Party presented the 2014 referendum as “once in a generation” and can now not insist on another event.

The Sunday Times newspaper quoted senior government sources as saying that the prime minister “will categorically reject the request.”

A Sunday Times poll shows that 50 percent of Scottish voters want another referendum in the next five years and that 49 percent will vote in favor of independence, while 44 percent will reject it.

Sturgeon’s party argues that European Union membership was presented in 2014 as a major argument for Scotland to remain in the UK, only in order to get the Scots out of the bloc against their will.

The Sunday Times quotes an expectation that the Scottish National Party will win an “overwhelming majority” in the May polls, giving Sturgeon a solid basis to call the vote.

I spoke while the Scottish National Party was scheduled to debate the “Road Map for the Referendum” at a political forum on Sunday.

The Scottish National Party says it will seek Article 30 order from the British government to allow another referendum.

If this is refused, it intends to push through its own legislation to prepare for the referendum and “vigorously” oppose the legal challenge from London.