Seismology Director: “At any moment we can have a seismic event and we must be prepared” 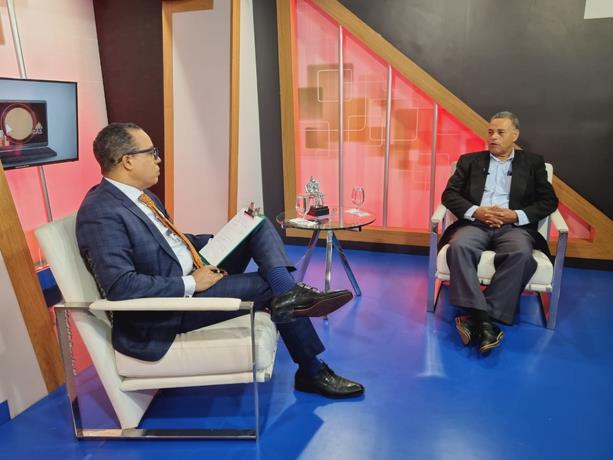 Director of the Seismology Center of the Autonomous University of Santo Domingo warned that in the country at any time we can have a seismic event and therefore we must be prepared.

Seismologist Ramon Delanoe explained that what happened in Haiti with two strong earthquakes within a decade is due to the seismic pressures on the island of Hispaniola.

He said that it is generally said that the seismic frequency ranges from 50 to 100 years, but with these two earthquakes in Haiti in 11 years, it has been observed that this does not correspond to reality.

In an interview with the D`AGENDA program broadcast every Sunday by Telesistema Canal 11 and TV Quisqueya in the United States, the professor gave as an example of what happened in the country between 1751 and 1770.

He emphasized that with only 19 year differences, there were two earthquakes in the Azua Ocean, and the last one considered of equal or greater intensity to have occurred in the south-central part was the 1860 earthquake. And we had several earthquakes in the eastern region, such as the one in 1984 with a strong The 6.9 degree tsunami which produced did not cause much damage, except for some destruction in San Pedro de Macorís.

“The island, as we know, is subject to great tensions, as a result of its presence between the North American plate and the Caribbean plate, and as a result we have had countless failures such as those caused by the last two earthquakes in Haiti, the Enriqué Plantin Park,” the expert explained.

See also  Osama and Fidel, the crocodile who roam their lands in Costa Rica

He argued that this rift extends throughout Haiti in the southern part and that it also affects us in the Barahona and Azoua region, which somehow coincides with what is known as the “trench of the dead”.

“In the north we have a connection with the North American Plate which has the greatest depth in an area of ​​Puerto Rico known as the Puerto Rican Trench which many people know as the Milwaukee Trench,” he added.

The director of seismology identified earthquakes that occur as a result of tectonic forces that can appear at some point on the island and then elsewhere.

“If we go back 75 years ago, on August 4, 1946, we had the largest earthquake on the island that produced a tsunami and devastated the city of Matancita in Nagua, and four days later there was an earthquake of 7.6, the first was 8.1, but it didn’t take two years for another 7.6 to happen, in 1948 in the same area, that is, from 1943 to 1953, in a period of ten years, there were five seismic events with a magnitude greater than 6.5 in the whole area… the northeastern part”, he recalls.

He defined these earthquakes as something normal on the island, which had not been repeated for 50 and 75 years between one earthquake and another.

“At any moment we can have a seismic event and we must be prepared,” said the director of the Seismological Center at the Autonomous University of Santo Domingo.

The director of the Seismology Center of the Autonomous University of Santo Domingo warned that most homes and public and private buildings in the country are not built to withstand earthquakes similar to those in Haiti in the past decade, and that they have been subjected to them. It caused hundreds of thousands of deaths and damaged the millionaire’s economy.