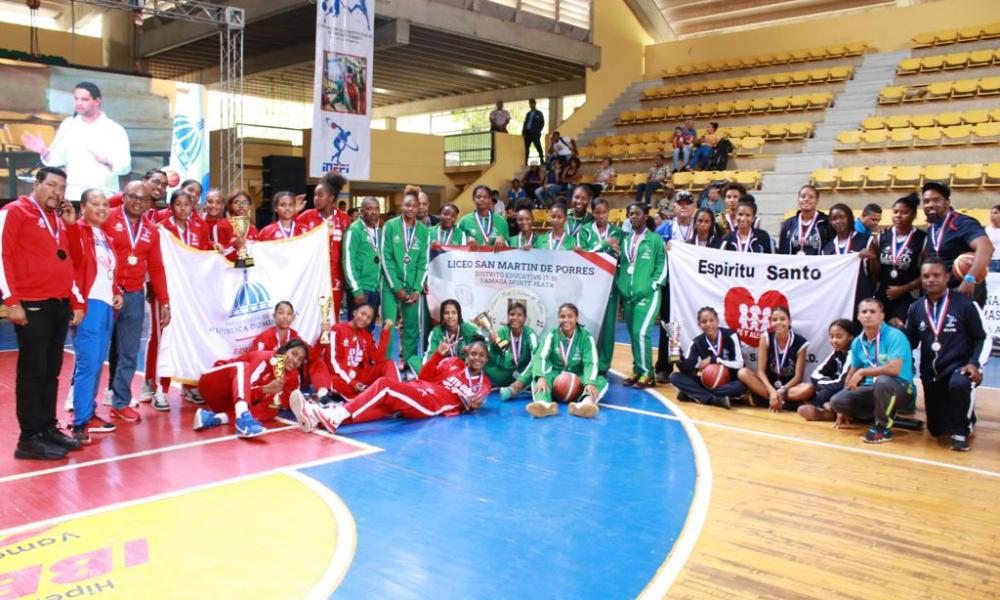 John Charles, Calasans, and Gloribel Rodriguez, CESCAR, were named Player of the Year.

INEFI hopes that great Dominican athletes and athletes will become in the near future as a result of the development of school sports.

The Technical Director said that this is the commitment of President Luis Abenader and Minister of Education Roberto Volcar to make Dominican schools centers for building knowledge, developing physical activities and promoting school sports so that they lead students to professionalism. From the National Institute of Physical Education (Inefi), Professor Juan Antonio Roa

He said that the success of the National School Basketball Championship is the result of teamwork efforts.

“This is an event to attract talents that are in the different governorates and it is already the associations and unions that will follow them,” Prof. Roa stated.

He specifies that this is a project of Education Minister Roberto Fulcar that they are committed to.

On his part, Isidro Santana, Director of Regional 05 San Pedro de Macorís, emphasized that the success of the competition is a sign of the goodwill that exists between the Minister of Education and the guidance of INEFI.

The closing ceremony of the event was chaired by the Deputy Director General of the Institute, Professor Nelson Volkar. And Juan Antonio Roa, Technical Director, who was accompanied by the authorities of this province, highlighting Regional Director 15, Rafael Amador, Regional Director 17 Enrique de la Cruz and Regional Director 05 of Education. San Pedro de Macoris, Isidro Santana.

The ages of the youth ranged between 15 and 17 years. The stadiums that served as the stage were the sports center of the complex and the rooftop of the Centro Club.

The northeastern region has the Eladio Peña de la Rosa (La Vega) and Miguel Canela L. (SFM) schools, for men and women, respectively. While the South had representation from LICATEBA Education Center (Barahona) and Spirit Polytechnic Santo (Azoua) in males and females, respectively.